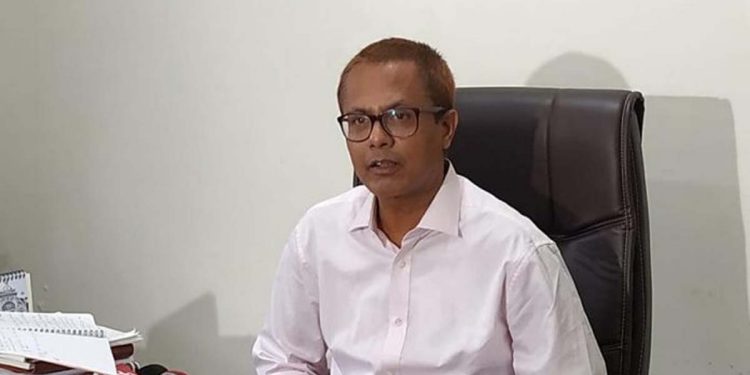 TIME magazine in an August 27 report has highlighted that Facebook has refused to apply the company’s hate speech rules against Shiladitya Dev, the Assam BJP MLA from Hojai Legislative Assembly constituency.

According to the TIME magazine report, senior campaigner at the international watchdog group Avaaz Alaphia Zoyab had held a video conference with Facebook India employees in July 2019.

In the meeting, Zoyab had pointed out 180 posts by users across the country which had violated Facebook’s hate speech rules.

Among these 180 posts were several inciting Facebook posts by MLA Dev and one such post was about a Muslim man arrested for the rape and murder of a teenage girl.

The incident had created quite a rage in the state and the certain Facebook post by the legislator only added fuel to the fire.

“This is how Bangladeshi Muslims target our (native people) mothers and sisters,” the MLA wrote in his post while sharing the news report.

The post remained online on Facebook for over a year after it was reported and was removed only after TIME contacted Facebook to ask about it on August 21, 2020.

“We looked into this when Avaaz first flagged it to us, and our records show that we assessed it as hate speech violation,” Facebook told TIME in its reply.

“We failed to remove upon initial review, which was a mistake on our part,” the Facebook reply further added.

It may be mentioned here that this wasn’t the first time when Shiladitya Dev had made a communal post and the leader has resorted to anti-Muslim and divisive speeches on several occasions.

Due to his numerous inciting posts, multiple FIRs have also been lodged against the leader across Assam.

Moreover, an arrest warrant was also issued against the leader by a local court as he failed to appear before the Court in a case on hate speech against Muslims.

Several police complaints, including an FIR by the All Assam Minority Students Union, was filed against the MLA for asking ULFA (I) to trigger bomb blasts during Eid in Muslim-dominated districts of Assam in October 2018.

A local court in Karimganj in July 2019 issued an arrest warrant against Shiladitya Dev for failing to appear before it in a case.

The case was based on an FIR, in which the complainant had pointed out that the MLA had accused “80 per cent of Muslims” of Assam of being from Bangladesh.

Another FIR was filed against the legislator in June 2020 by a minority group for airing a comment against the Muslim community.

A series of FIRs were filed against Dev earlier this month for he called noted Assamese litterateur Padma Bhushan Syed Abdul Malik an “intellectual jihadi”.

Even though the controversial MLA has been served several warnings by the state BJP president Ranjit Dass, yet he has not toned down in terms of his hate speeches against the Muslim communities.