In view of the spiralling onion prices and prevailing market conditions, Sonowal instructed for taking pre-emptive action for keeping the prices of the essential kitchen commodity under control 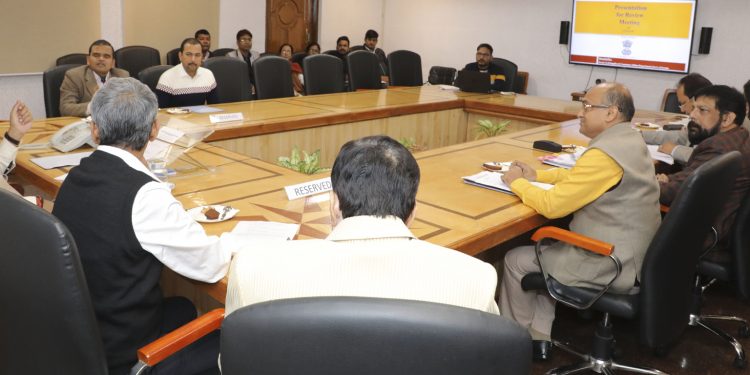 Sonowal was speaking to the officials of the department on Friday at his conference room.

Sonowal emphasised on the strengthening of the department for effective public service delivery.
Urging the Department.

He urged the department for holding a launch meeting of the scheme towards the last week of January 2020.

He also directed the department to look for means to safely dispose of the plastic bags containing sugar without causing environmental harm.

“Around 6 lakh beneficiaries would be benefitted by the free sugar distribution scheme in the tea garden areas. Each beneficiary will receive a packet of 2 kg sugar each per month,” Sonowal reiterated.

The CM also called on the department to spread the right message about the scheme.

“The state government, through the scheme, would strive to fulfil nutritional requirements lacking in the diet charts of the tea garden population,” Sonowal said.

Sonowal also appreciated the target of 3.62 lakh metric tonne (MT) of paddy procurement next year in the state by the department.

He directed for video recording the farmers’ stories whose paddy would be procured with good prices.

He urged the department to release the videos in social media platforms so that other farmers would get inspiration to work hard and produce more.

Among other agencies, Food Corporation of India (FCI) alone has set a target of procuring 2 lakh MT paddy from state farmers.

In view of the spiralling onion prices and prevailing market conditions, Sonowal instructed for taking pre-emptive action for keeping the prices of the essential kitchen commodity under control.

He urged the officials to contact agencies like National Agricultural Cooperative Marketing Federation (NAFED) and National Federation of Farmers’ Procurement, Processing and Retailing Cooperatives (NACOF) for procuring onions from Nashik.

Sonowal also directed the department to write a letter to the Ministry of Petroleum and Natural Gas for providing extra LPG connections to the poor women under Pradhan Mantri Ujjwala Yojna.

“I have already taken up the matter with Union Minister of Petroleum and Natural Gas, who has assured of positive response in this regard,” Sonowal added.

“The target of providing LPG connection under PMUY in Assam has already been achieved according to SECC data,” he reiterated.