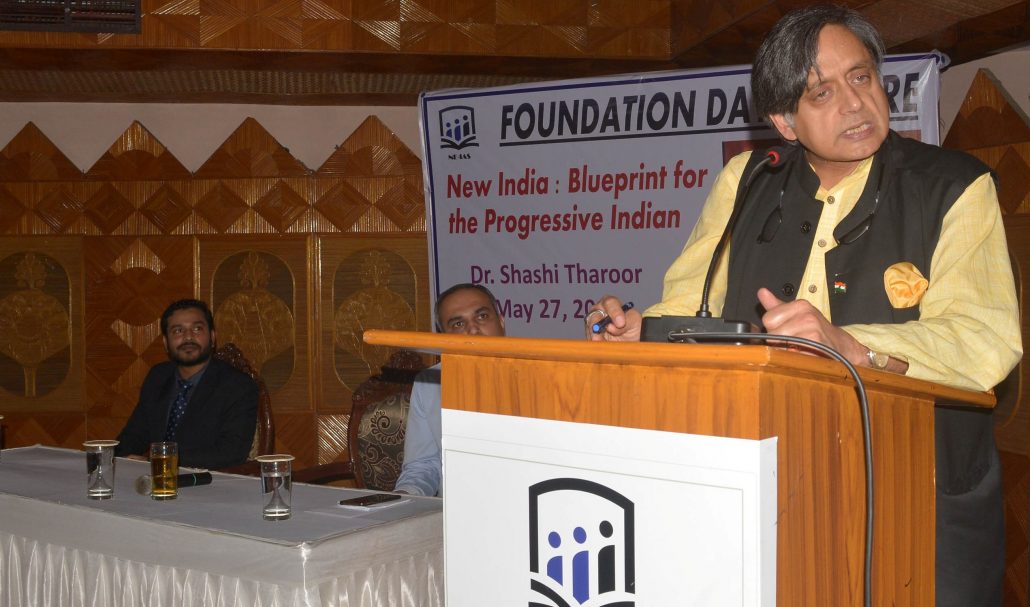 “What he (Modi) had promised is empowerment of men and women with dignified and better standard of living. But what now scares me is the proliferation of communal tension, mob lynching in the name of cow vigilantism and how Muslims and Dalits are victimised. Violence against women and children has gone up and 2016 alone saw 82 per cent increase in rape of minors compared to the previous year,” Tharoor said.

He was in Guwahati for delivering a lecture on New India: Blueprint for Progressive India. The lecture was organised by the Northeast Institute of Advance Studies in memory former Supreme Court judge Justice K.N. Saikia.

Tharoor, an acclaimed author, said economic mismanagement of the Modi government in the past four years had decreased the GDP by two per cent.

“Demonetisation was a bad idea and badly implemented, while the GST was a good idea badly implemented. Those who are advocating new India are challenging ground rules which held us together,” he said.

“The ancient idea of secularism and pluralism is under threat. But the core value of India stood for secular and united people irrespective of difference in religion, language, caste, class and food habits. You can be a good Assamese, a Muslim and an Indian. We must have an inclusive concept of India – our battle should be against hunger, corruption and giving people a better life. Focus should be on sharing benefit of growth to all, not to a particular class,” Tharoor added.

In another interactive session organised by the Assam unit of All India Professionals’ Congress at the state museum here, Tharoor said history was now presented in a way to suit present point of view of a particular political class.

Stating that the Northeast had remained neglected by the Centre, Tharoor called for serious attention to improve the region’s connectivity with Southeast Asian countries.

“The Northeast is for the country’s connectivity with Myanmar, Thailand, Malaysia and other countries. The roads, water and air connectivity is vital and there should be consulate offices of the Southeast Asian countries in the Northeast, instead of the empty promise of Act East policy,” he said.