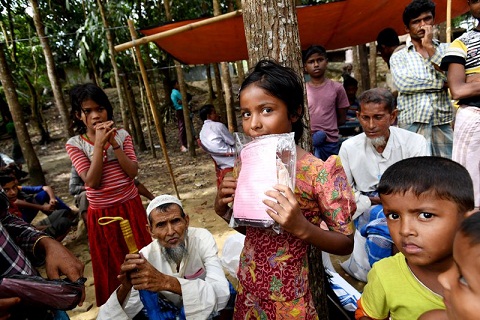 Myanmar on Sunday confirmed the return of 58 Rohingyas, who had fled across the border to Bangladesh last year following an army offensive in the Rakhine region, a news agency report said.

The return comes even as a repatriation plan by Myanmar, of taking back the close to 700,000 Rohingyas who had fled to Bangladesh, has been lagging for months now, Efe news reported.

The Rohingyas had returned voluntarily to Myanmar on an unspecified date, the office of the State Counsellor of Myanmar Aung San Suu Kyi said in a statement.

They were initially detained by the authorities for entering the country illegally but Myanmar President Win Myint granted them a pardon, which came into effect on Saturday.

In November last year, Myanmar and Bangladesh had signed an agreement for the repatriation of Rohingyas, according to which the return of the refugees should have started on January 23.

The Rohingya crisis had erupted in August last year when the Myanmar army had launched an offensive in the Rakhine region following a series of attacks on government posts by Rohingya rebels.

Myanmar does not recognise the Rohingyas as citizens and claim they are illegal immigrants from neighbouring Bangladesh.