COVID19: Inter-dist movement of individuals to be barred in Assam from July 22

For medical and last rite emergencies, the movement shall be allowed only with written permission from the DC: Chief secretary 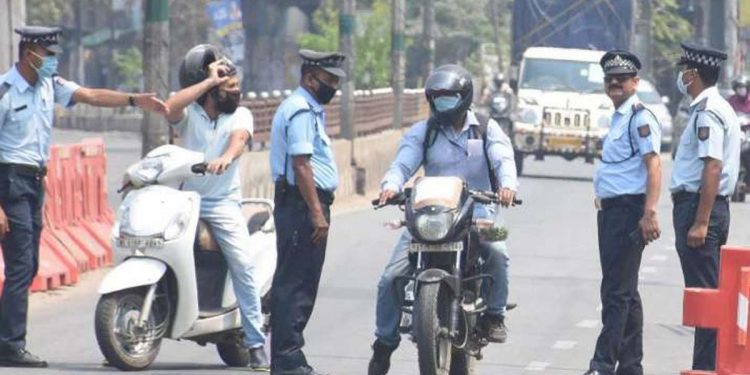 Assam government on Saturday announced that all inter-district movement of individuals will be strictly barred with effect from July 22, 2020, until further orders.

This was stated in an order (No ASDMA 24/2020/Part-1/93) issued on Saturday by state chief secretary Kumar Sanjay Krishna, who is also the chairman of the state executive committee of the Assam State Disaster Management Authority (ASDMA).

In the order, chief secretary Krishna said: “For medical and last rite emergencies, movement shall be allowed only with written permission from the deputy commissioner of the originating district.”

However, the movement of goods shall continue uninterrupted, said the order.

“This order does not include exemptions as detailed in order No. ASDMA.24/2020/Part-1/92” issued on July 18, the chief secretary said in the order. 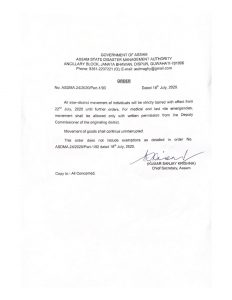 The Assam government’s announcement comes after the state continues to register hundreds of COVID19 positive cases across the state.

Assam has so far registered a total of 21,864 COVID19 positive cases.

In a tweet at 12.04 am on Saturday, Assam health minister Himanta Biswa Sarma informed about the detection of 1,218 new cases.

Meanwhile, chief secretary Krishna on Saturday announced phase-wise opening up of business establishments and services in Kamrup Metro with a lot of restrictions.

Private vehicles, both four and two-wheelers are strictly barred from coming on to street except for medical emergency and official duty.