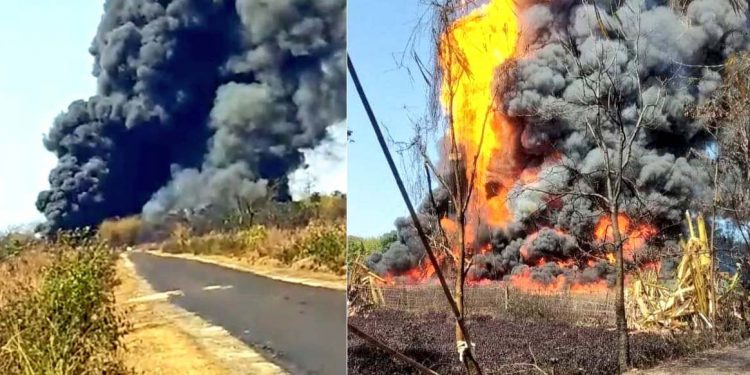 The Prime Minister assured all help towards the people in the affected area.

In a statement issued to the media, Sonowal informed that he talked over the phone with Union Petroleum Minister Dharmendra Pradhan on Tuesday after receiving information about the explosion and the resultant fire in the area.

Sonowal informed that the petroleum minister assured adequate compensation would be provided to those affected in the incident apart from extending all help.

Sonowal also informed that evacuation has been carried out and several relief camps have been set up to provide safe shelter to the people in the vicinity.

Patowary would hold a meeting with district administration, DG of Assam Police, CMD and other top officials of OIL along with representatives of various local organisations.

Speaking further, Sonowal stated that both Centre and the state governments have been taking all necessary steps to ensure the safety of people in the affected area along with providing adequate compensation to those affected.

Informing that the intensity of fire has decreased from Tuesday, Sonowal said that the foreign experts have expressed optimism that fire would be controlled and they have sought a few days for the same.

Sonowal also informed that he spoke to union defence minister Rajnath Singh and home minister Amit Shah on Tuesday and requested to keep air and ground forces ready for carrying out relief and rescue operations for the affected people.

“Both the union ministers assured of all help in this regard,” he said.