After the BJP, the Congress too has released its star campaigners list.

Top party leaders of the Congress across the Country will be campaigning for the party in Assam ahead of the Assembly elections in the State. 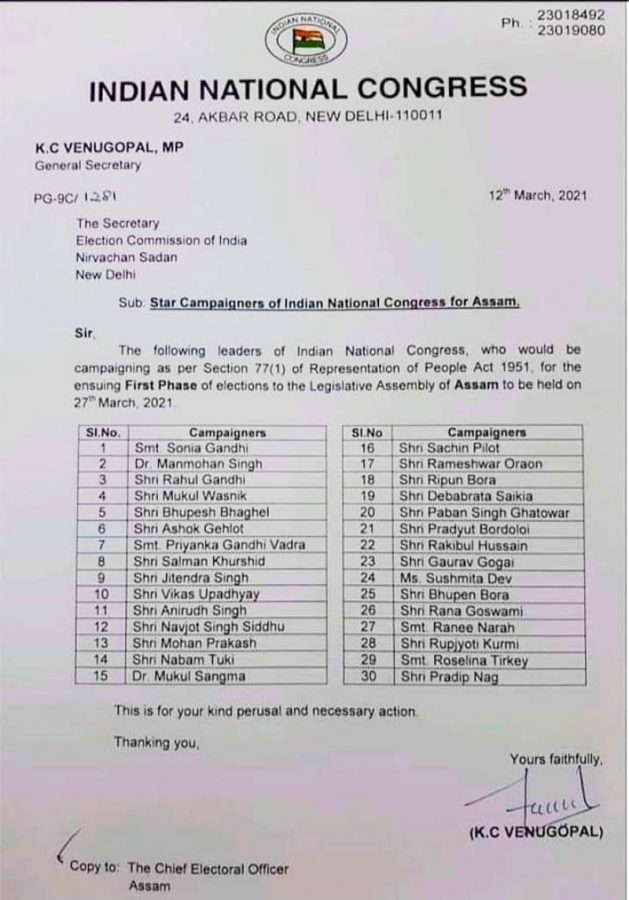