On Thursday, Rahul Gandhi had said that India was no longer a democratic Country. 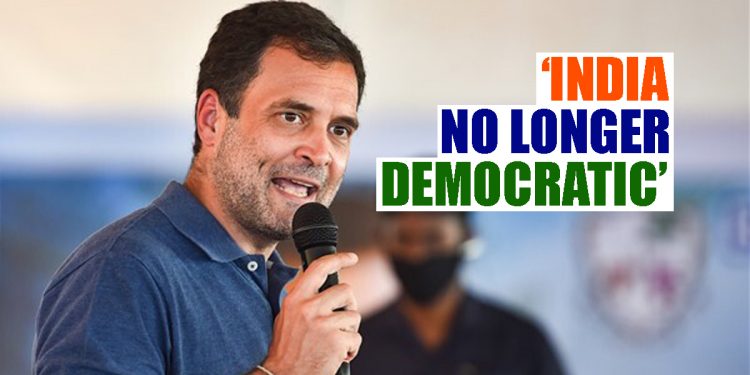 Rahul Gandhi urged the people to be guided by Mahatma Gandhi’s example to continue with the “march for freedom”.

In a Facebook post, Rahul Gandhi said: “Today, as India is becoming increasingly chained by authoritarian forces led by the RSS, we must renew our individual commitment to collective freedom.  Let us be guided by Gandhiji’s example and continue the march for freedom.”

Rahul Gandhi further in a tweet said that the farmers of the Country are carrying forward the tradition of Dandi march and the “anti-farmer Modi government, like the Britishers, wants to trample upon satyagraha”.

On Thursday, Rahul Gandhi had said that India was no longer a democratic Country.

Rahul Gandhi said this while quoting a news report that said “India now as autocratic as Pakistan, worse than Bangladesh.”

India is no longer a democratic country. pic.twitter.com/iEwmI4ZbRp