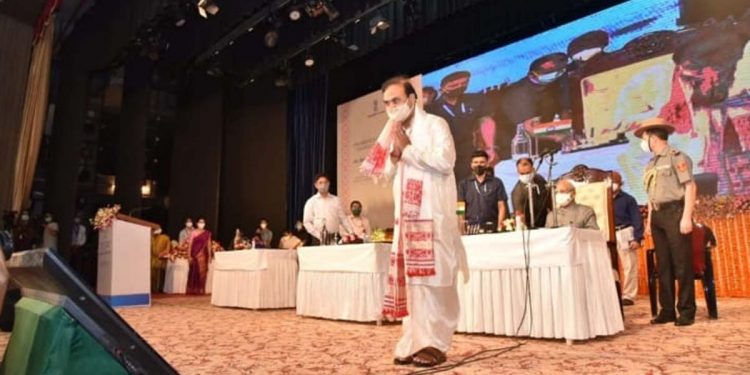 Clad in dhoti, Panjabi and cheleng chador, Himanta Biswa Sarma portrayed Assamese culture during his oath-taking as the 15th chief minister of Assam.

Besides, Sarma’s mother Mrinalini Devi, his wife Riniki Bhuyan Sarma and children were present at the swearing-in ceremony.

Ahead of the swearing-in ceremony, Himanta Biswa Sarma sought blessings of Ma Kamakhya at the Kamakhya Temple on Monday.

Sarma tweeted in the morning: “In the morning today, offered prayers in the feet of Devi Ma after visiting Shakti Peeth Kamakhya Temple, seeking peace and development of the state. Sought that the Kripamayee Devima keep on showering blessings on the people of Assam.”