Himanta Biswa Sarma profile: All you need to know about next Assam CM 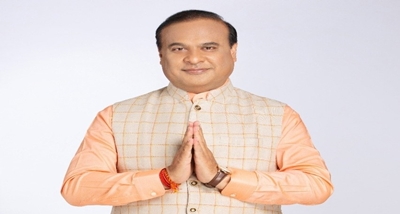 Senior BJP leader Himanta Biswa Sarma has been chosen as the chief minister of Assam for the first time.

Sarma, who was chosen for the top job replacing outgoing CM Sarbananda Sonowal, has an image as a dynamic minister.

He is one of the most influential political leaders in the Northeast right now and known as the key strategist and trouble-shooter of the BJP in the region.

Sarma, who is also the convenor of the North-East Democratic Alliance (NEDA), a BJP-led umbrella organization of the regional parties in the Northeast, played a key role in containing the first wave of the Covid-19 pandemic in the state last year.

By taking a lot of pro-active measures to curb the pandemic, Sarma as a health minister managed to change the impression of the people towards the BJP-led government, the popularity of which was eroded following the CAA movement.

Sarma, a four-time minister, was first elected to the Assam Assembly from the Jalukbari seat in 2001 when he defeated AGP candidate Bhrigu Kumar Phukan.

He went on to win all the subsequent elections by huge margins of votes from Jalukbari.

Sarma, who switched to the BJP from the Congress, is credited as the architect who played a key role in making the BJP inroad in the Northeast.

52-year-old Sarma had quit the Tarun Gogoi-led Congress government in 2015 and subsequently joined the BJP.

Except for home, Sarma handled almost all the key portfolios including finance, PWD, health and education in the Sarbananda Sonwal-led BJP government.

Born on February 1, 1969, in Guwahati to Kailash Nath Sarma and Mrinalini Devi, Sarma did his schooling at the city’s Kamrup Academy School.

He completed his graduation and post-graduation from Cotton College.

He was general secretary of Cotton College Student’s Union (CCSU) from 1991 to 1992.