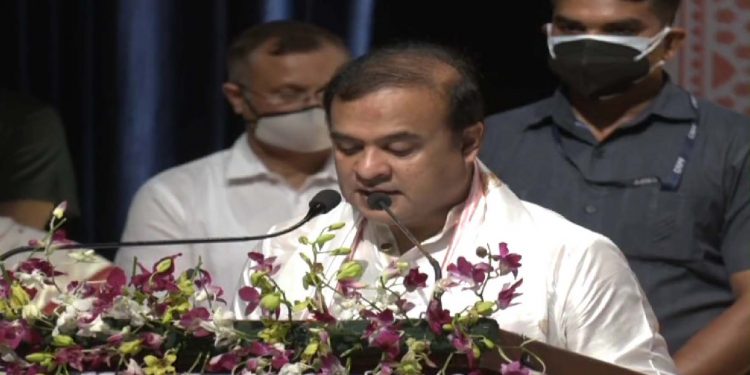 BJP leader Himanta Biswa Sarma took oath as the 15th chief minister of Assam during a swearing-in ceremony at Srimanta Sankardeva Kalakshetra in Guwahati on Monday.

Assam Governor Prof Jagdish Mukhi administered the oath of office and secrecy to Sarma as the new chief minister of Assam.

He took oath in the Assamese language at 12:05 pm.

Besides Sarma, 13 other ministers also took oath at the swearing-in ceremony..

Sarma was elected as the leader of the BJP Legislature Party on Sunday.

He took oath in Bodo language.

After Brahma, Parimal Suklabaidya took oath as minister in the Bengali language.