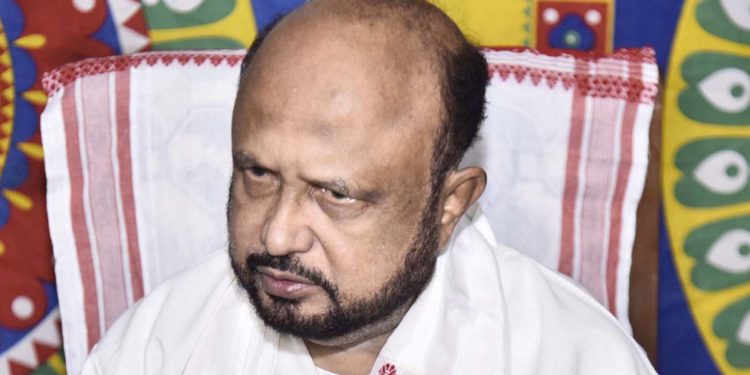 Former Assam chief minister and founder president of Asom Gana Parishad (AGP) Prafulla Kumar Mahanta, who opposed tie-up between AGP and BJP, has urged the people in the state to cast their votes in the ensuing Lok Sabha polls to only those candidates who oppose the Citizenship (Amendment) Bill, 2016.

Mahanta opposed pre-poll alliance between the AGP and the BJP due to the difference between the two parties regarding the Citizenship (Amendment) Bill, 2016 issue.

While AGP opposes the Bill, the BJP wants it to become a law.

In Assam, there is a coalition government led by the Bharatiya Janata Party (BJP).

AGP is also one of the partners in the three-party coalition government in Assam. The other party is Hagrama Mohilary-led Bodoland People’s Party (BPF).

There are three AGP ministers in the chief minister Sarbananda Sonowal-led Assam government.

The three AGP ministers – Atul Bora, Keshav Mahanta and Phani Bhushan Choudhury – had resigned as a mark of protest against the BJP’s move to get the Bill passed in the Parliament.

The AGP had pulled out of the BJP-led coalition government a day before the Bill seeking to provide Indian citizenship to non-Muslims from Bangladesh, Pakistan and Afghanistan was passed in the Lower House on January 8.

However, the AGP ministers again joined the Sonowal ministry as the Bill lapsed in the Rajya Sabha.

While attacking Prime Minister Narendra Modi, former Assam chief minister Mahanta said, “Modi had signed the Indo-Bangla land boundary agreement. Although he had said that there will be no infiltrators in Assam if he comes to power in 2014; the CAB has been introduced by his party.”

Mahanta, stating that AGP would not do anything which can harm the people of Assam, had earlier announced that he would not campaign for any candidate for the upcoming Lok Sabha elections as a mark of unhappiness over the party forming alliance with the BJP for the ensuing polls.