Bodo Accord 2020: Tripartite accord signed in New Delhi, all NDFB factions and ABSU part of the peace agreement

A tripartite accord for final settlement of demands in Bodoland was signed on Monday afternoon in New Delhi.

Bodoland will now be named as Bodoland Territorial Region (BTR), and will have more administrative power.

Cadres of all the four factions of NDFB will lay down arms on January 30.

Union Home Minister Amit Shah announced that the tripartite agreement will restore peace and development in the insurgency-ravaged areas of Bodoland. 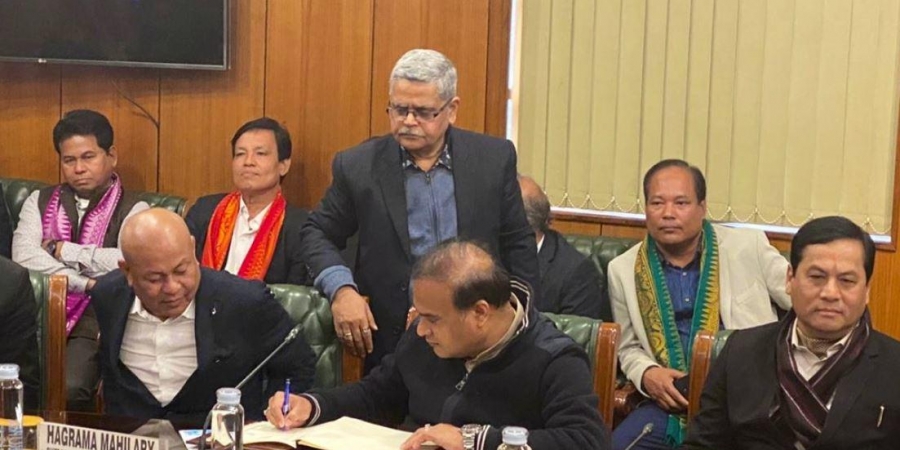 All Bodo Students Union (ABSU) and all the NDFB factions signed the agreement tripartite agreement.

The NDFB factions are be led by Ranjan Daimari, Govinda Basumatary, Dhiren Boro and B Saoraigra signed the agreement.

Amit Shah said the tri-partite agreement fulfill all the key political and economic demands of Bodoland.

He said the centre will set up a monitoring committee for implementation of the provisions of the accord.

A total of 1550 NDFB cadres along with 130 weapons will surrender in a ceremony on January 30, home minister Shah said.

He said a commission to be constituted by state government to decide this.

“Representatives ABSU and present BTC members to be part of the commission,” Sarma said.

A special package of Rs 900 crore has been granted by the Centre for overall development of the Bodoland areas.

Besides, the government will assure the Bodo groups to safeguard the Bodo language and culture.

Bodo language will now be an associate official language with Devanagari script in Assam.

Accord at a glance