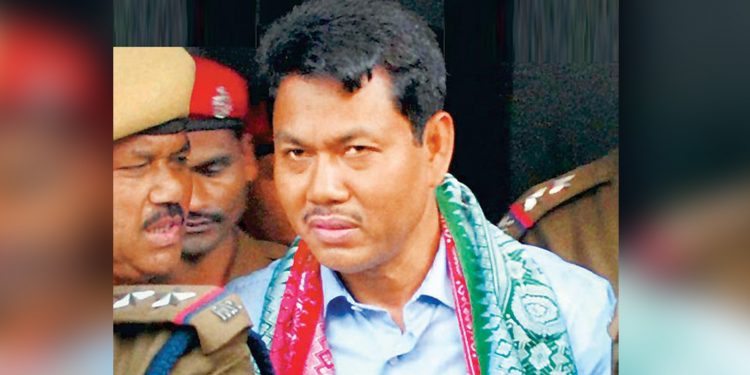 A specially constituted division bench of the High Court on Friday granted interim bail to Daimary.

The bail petition was reportedly moved after a home ministry directive to facilitate Daimary’s presence in the peace talks between the Centre and the NDFB doves.

“We moved his bail petition on Friday evening and he was granted interim bail for four weeks. He will be flown to Delhi on Saturday to join the peace parleys,” Telegraph quoted Manas Sarania, the counsel of Daimary, as saying.

A special CBI court in Guwahati on January 30 last year awarded life imprisonment to Daimary and nine others for their involvement in the serial blasts of 2008 in Assam.

The blasts in Guwahati, Kokrajhar, Bongaigaon and Barpeta left 88 people dead and 540 injured.

NDFB (S) leaders, including its chairman, B. Saoraigwra, general secretary B.R. Ferenga and senior members B. Batha and G Bidai are camping in Delhi to give final touches to the talks on the proposed Memorandum of Settlement (MoS) which is likely to be inked on Republic Day.

Formal talks between the Centre and the three factions of the NDFB, led by Ranjan Daimary, Govinda Basumatary and Dhiren Boro were already on.

The NDFB (S) is the latest to join the process.