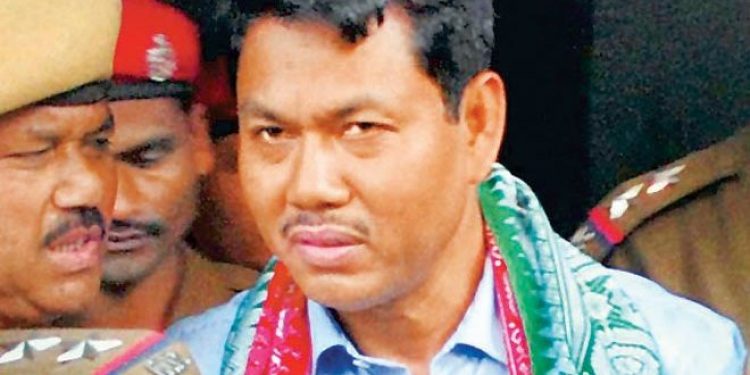 National Democratic Front of Boroland (NDFB) supremo Ranjan Daimary has been sentenced to life imprisonment by the CBI Special Court on Wednesday.

Ranjan Daimary was on Tuesday found guilty of being the mastermind of the serial explosion on October 30, 2008.

Another ten found guilty in the crime were also sentenced to life imprisonment, while three others were fined and imprisoned for five years for their involvement in the heinous crime.

Meanwhile, the councel for Ranjan Daimary, Manas Sarania said that he was not satisfied with the verdict as there were no adequate evidence against the accused. He also said that that he will challenge the verdict in the High Court.

As many as 13 others accused in the heinous crime that rocked Assam on that day were also proven guilty in the court.

However, Mridul Goyary and Nilim Daimary, the two whose names featured among the accused were cleared of charges.

Earlier on Tuesday, the NDFB stated that the conviction of its leader Ranjan Daimary and others by the CBI Special Court in Guwahati would not augur well for the on-going peace talks between the outfit and the Government of India.

In a statement e-mailed to the media, the NDFB general secretary, B Ohnjalu stated that in view of the conviction of its leader Ranjan Daimary, the outfit would be forced to reconsider the purpose of the peace process and re-evaluate the earnestness of Government of India in case its president Daimary is sent to jail.

The NDFB, therefore, appealed to the Government of India that the judgment to be declared January 30 should not derail the peace process and NDFB president should be released on bail as early as possible.

The NDFB faction headed by Ranjan Daimary has been engaged in peace process with the Government of India since 2013 and Daimary had been facilitated on bail to take part in the peace process.

Daimary was apprehended in Bangladesh in December, 2009 and was handed over the Government of India in 2010 following which he was arrested.