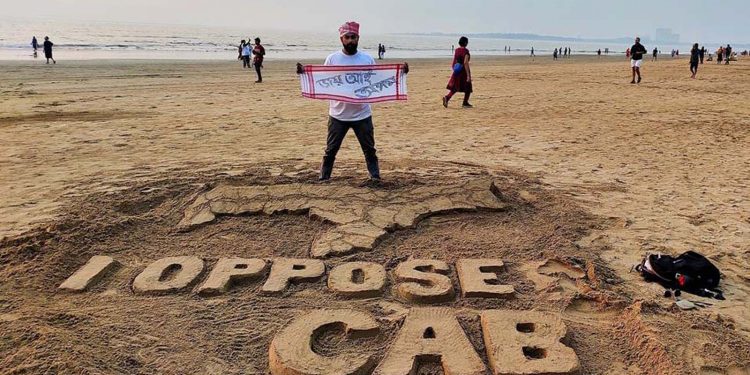 Manir, who hails from Barpeta district in lower Assam, staged the protest by carving out a map of Assam and captioning it as “I OPPOSE CAB” with sand.

He shared some images of his way of protest at Juhu beach on his Facebook page where he is seen holding an Assam phulam gamosa with the famous dialogue – “Joi Aai Axom” – inscribed on it.

Amid protests across the Northeast against the Citizenship Amendment Bill (CAB), 2019, the Lok Sabha passed the bill in the intervening night of Monday and Tuesday. 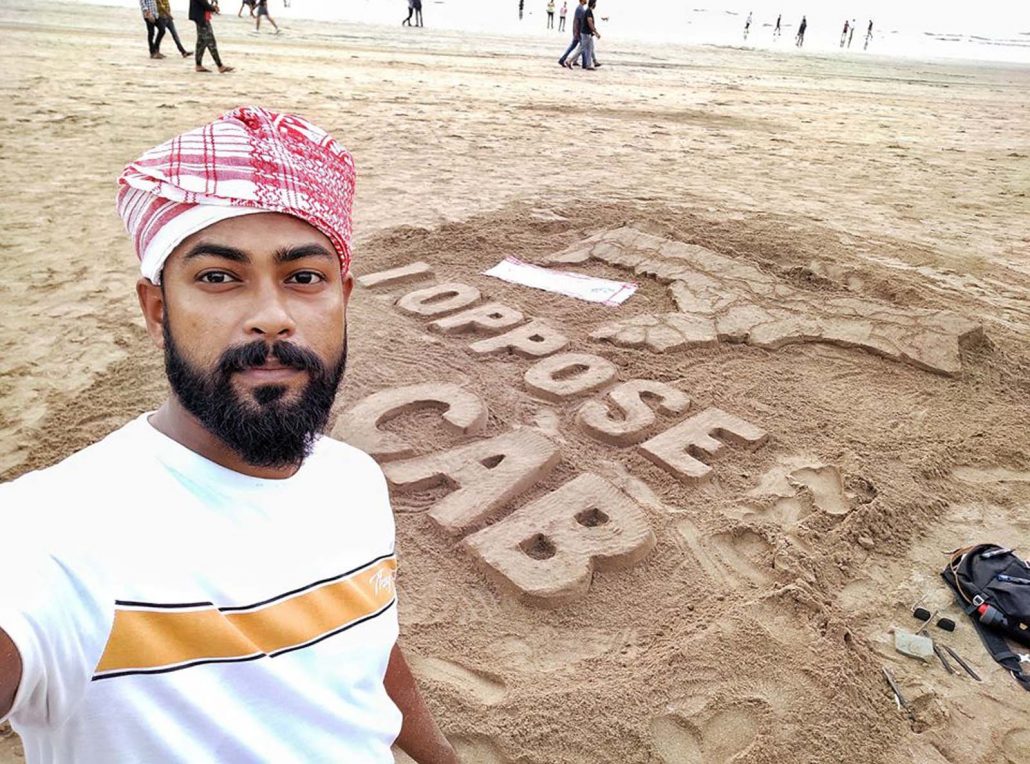 The anti-CAB protests continue to hit the Northeast since Monday.

The protests turned violent in Dibrugarh and Tezpur on Monday.

At Chabua in Dibrugarh, two vehicles of CRPF and IAF were damaged as protestors attacked by pelting stones. The officer-in-charge of Chabua PS was also injured in the attack.

On Tuesday, life came to a standstill across Assam and other northeastern states as the 11-hour Northeast bandh evoked a massive response from all quarters.

The bandh was called by North East Students’ Organization (NESO) against the contentious Citizenship (Amendment) Bill, 2019.

The protest turned violent in Guwahati on Tuesday afternoon after police resorted to baton charge and blank fire to disperse the angry protesters.