Northeast shuts down against CAB 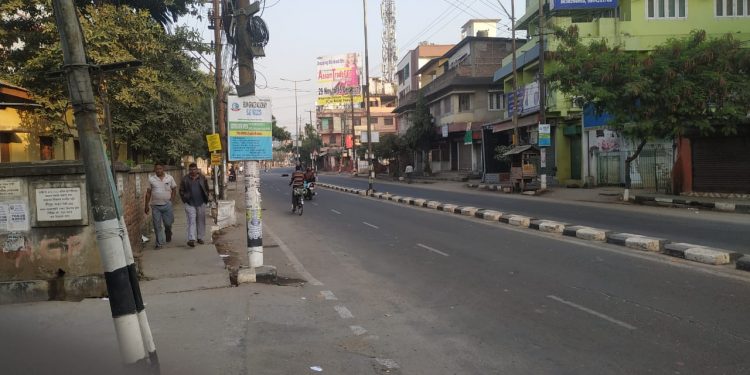 Life came to a standstill across Assam and other north-eastern states on Tuesday even as the 11-hour bandh evoked massive response from all quarters.

The 11-hour bandh has been called by North East Students’ Organization (NESO) against the contentious Citizenship (Amendment) Bill.

The shutdown call is being supported by several organizations.

Vehicular traffic kept off the road in Guwahati and elsewhere on Tuesday morning.

Except a few private vehicles and motor-bikes, commercial vehicles did not ply on Tuesday.

All business establishments and commercial organizations kept their shutters closed.

All educational institutions, both government and private remained closed in view of the bandh.

All the institutes including Gauhati University, Cotton University and Dibrugarh University rescheduled their examinations scheduled for the day.

Protestors were seen taking to the streets at various places including Guwahati to enforce the bandh.

However, Nagaland has been exempted from the purview of the bandh in view of the ongoing Hornbill Festival.