The Film Festival organized by the Directorate of Film Festivals under the Ministry of Information and Broadcasting, Government of India in association with Nagaon district administration 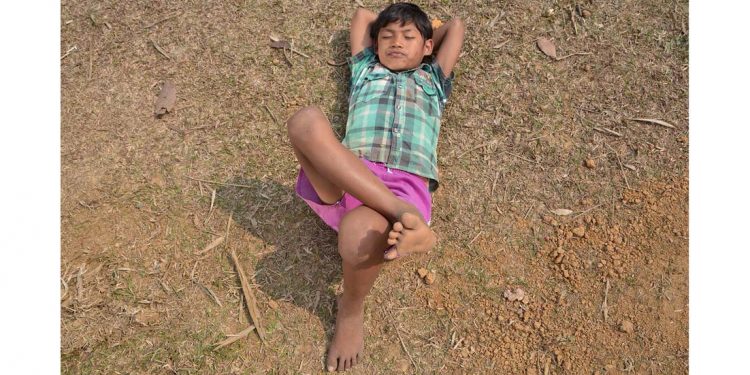 A still from the Assamese feature film 'Ishu'. Image - Twitter

The Assamese feature film by Utpal Borpujari, ‘Ishu’ was screened on Saturday at the two-day Film Festival being held in Nagaon on the occasion of the 150th anniversary of Mahatma Gandhi.

The Film Festival, being organized by the Directorate of Film Festivals under the Ministry of Information and Broadcasting, Government of India in association with the district administration of Nagaon.

The film festival, which will conclude on September 30, 2018, has been organized at the Khagen Mahanta Auditorium, Nagaon.

On the inaugural day on Saturday, the Hindi film ‘Making of Mahatma’ (1996) directed by Shyam Benegal was screened at 11 am.

‘Ishu’, which has been produced by Children’s Film Society, India, received the Best Assamese Feature Film Award at the 65th National Film Awards.

The film, is based on Assamese writer Monikuntala Bhattacharya’s novel with the same title.

The issue of witch-hunting has been portrayed from a boy’s perspective in the children’s film, ‘Ishu’.

The film has already been screened at various film festivals across the world.

The film critic-turned-director of Assam, Utpal Borpujari, who had also worked as a journalist for many years, has so far made five documentaries, including ‘Mayong: Myth/Reality’, ‘Songs of the Blue Hills’, ‘Soccer Queens of Rani’, ‘Memories of a Forgotten War’ and ‘For a Durbar of the People’.

Borpujari is one of the prominent film critics from Assam who bagged the National Award in 2002.

In the closing ceremony on September 30, 2018, English film ‘Gandhi’ directed by Richard Attenborough will be screened at 3 pm.