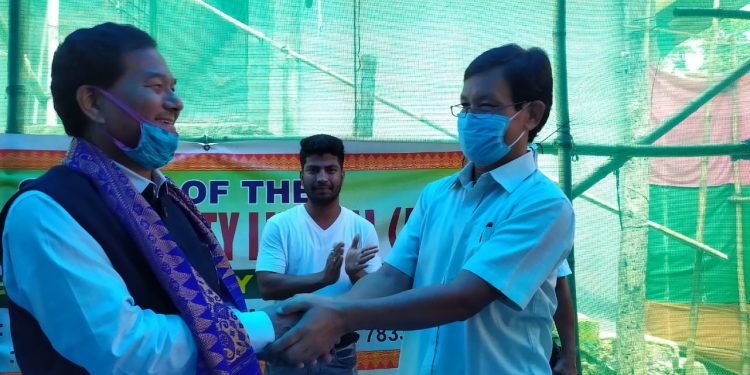 In a major jolt to BPF, the vice president of the party, former MLA and political advisor of BPF supremo Hagrama Mohilary – Hemendra Nath Brahma along with 50 other members joined the United People’s Front Liberal (UPPL) on Monday through a function held at central office of the party in Assam’s Kokrajhar.

The president of the UPPL, Promod Boro and party advisor U G Brahma felicitated Hemendra Nath Brahma and 50 other members with traditional aronai and gamocha.

The programme was also attended by other senior leaders of the party.

Talking to reporters, senior BPF leader Hemendra Nath Brahma said he had neither enmity with any leader of the party nor personal anger over someone but came to UPPL as his wish.

He said the time had come to work together for comprehensive development of the region in all spheres.

He said he had nothing to say on BPF president Hagrama Mohilary and party but focus should be on the smooth implementation of BTR accord.

Brahma said many leaders had gone to BJP or other national party which according to him was not a good sign for the greater interest of the society.

He questioned who will look after the local and pertinent issues of the local people when all senior leaders left the regional political party and join the national parties.

He also said he will work for the interest of the people of the region and for implementation of clauses of new accord.