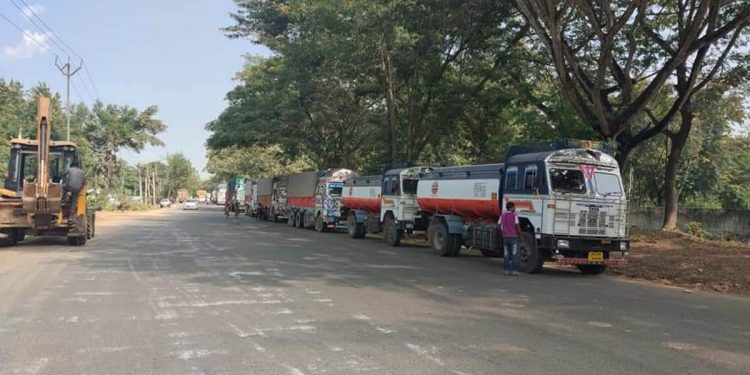 A high level police team led by IGP Anurag Agarwala ( admin) on Wednesday visited the interstate border at Mariani in Assam’s Jorhat district a day after the forest protection camp was set up with the assistance of Assam Police on the spot.

The discussion focused on the need to maintain peace and tranquility in the area.

Agarwala said that a proposal had been put forth for holding high level talks between both the states to resolve all the contentious border issues and that this would soon take place.

He added that he had come to take stock of the police force stationed there to assist and protect the forest personnel at the camp and to look into the logistics and supply lines to the camp located in the difficult terrain.

V Shiv Prasad Ganjawala said that a large police force had been stationed to assist the forest personnel as they were few in number.

“Apart from the destruction of forests by  Naga miscreants a month ago, they had further destroyed a cleared 300 meters of forest area a few days ago and constructed a road deep into the forest with JCBs barely 1.5 kms away from where our forest camp has now been set up,” Ganjawala said.

“Even now during the monsoons there is no greenery to be seen if you see the Dissoi Valley Reserve Forest from ground level. The encroachers have disappeared as soon as the forest camp was set up,” he added.

The DIG added that due to the uncooperative attitude of their Nagaland counterparts, a high level talk could not be held so far.

Meanwhile, the Jorhat district unit of All Assam Students’ Union (AASU) has sought that the Assam government establish a high-level administrative office of the Jorhat district administration at Mariani near the Assam-Nagaland border to keep a close watch on the situation along the inter-state boundary and to respond more swiftly to attempts by Nagaland to encroach on Assam land.

This office could also be used to monitor proposed construction of roads, power supply connections to families, developing health care facilities for villagers residing near the border, said AASU.

The camp has been set up at the spot where the then Mariani MLA  Rupjyoti Kurmi had  been shot at by miscreants from Nagaland at the interstate border at Balijan Pahar on May 27.

Kurmi who had been accompanied by his PSOs, Assam police personnel and a few reporters was forced to flee after many of them sustained injuries.