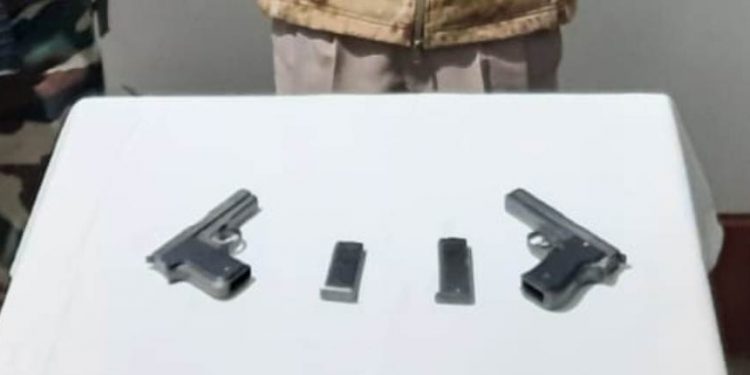 The Assam Rifles in a joint operation with police recovered two .22mm pistols from a jhum cultivation area in Nagaland’s Mokokchung district, a defence release said on Monday.

Based on specific inputs regarding presence of a weapon cache in a jhum field near Sungkomen village, the Assam Rifles, along with police, launched an operation at 7.30 pm in the area.

During the operation, the team recovered a USA-made and a country made pistols with magazines from a hut at around 8.45 pm, the release said.

The recovered weapons have been handed over to Mokokchung police.