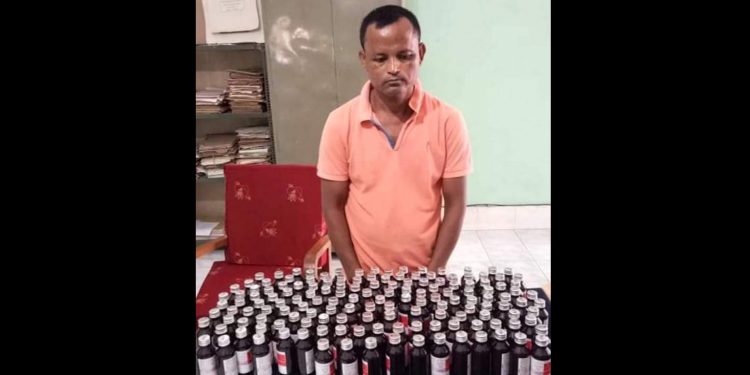 The circle inspector of Laluk Police Station Arun Gharphaliya along with sub-inspector Abhilesh Talukdar raided a house in No.2 Kehuntoli in Laluk and arrested one Abdul Hai.

This is the second-biggest haul of banned cough syrup in Laluk in less than two weeks.

On 14 September police recovered 150 bottles of cough syrup (codeine phosphate) from one Manoj Borgohain of Karunabari under Laluk police station.

In a separate incident, Laluk police arrested two persons for the illegal transportation of cattle from Lakhimpur to Arunachal Pradesh.

The bovines were carried in a pic-up truck in cramped condition for which two animals lost their lives.

The arrested persons have been identified as Ziabur Ali and Atiqul Islam.

The cattle were transported from Bogeenadi in Lakhimpur district to Doimukh in Arunachal Pradesh without proper documents.