Assam: NFR beefs up security ahead of Independence Day 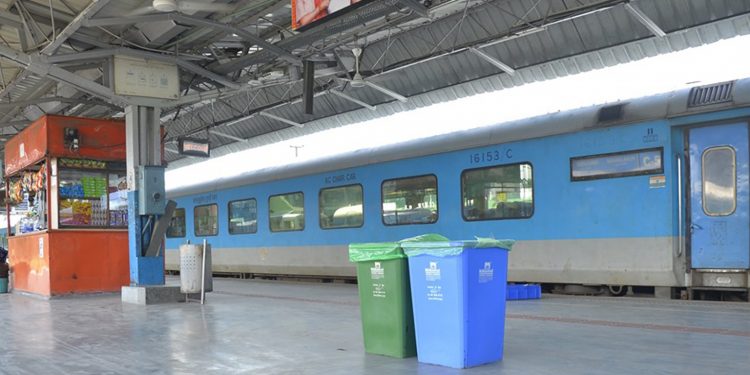 “The Northeast Frontier Railway (NFR) has intensified security of all major stations across the state ahead of the Independence Day celebrations, “NFR chief public relations officer PJ Sharma said on Friday.

Instructions have been issued to everyone to remain on alert.

“All major stations are being guarded by respective state police personnel and other security agencies,” he said.

“Guwahati being the biggest railway station of the Northeast, the security of this station is of paramount importance. A quick reaction team has been put on duty in Guwahati railway station,” he said.

Guwahati Railway Station witnesses 40,000 footfall every day and more than 30 pairs of trains pass through this station daily.

“About 30 GRP personnel are also helping in maintaining the security of the station in each shift. Track patrolling by motor trolleys or on foot has been intensified by GRP and RPF personnel,” he said.

“Random frisking of passengers and luggage with the help of hand metal detectors, baggage scanners are being carried out. Sniffer dogs have also been used at stations major stations to ensure safety,” he said.

“The entry and exit area of railway stations are being monitored to control the access. Round the clock monitoring by CCTV of all vulnerable areas is also being done,” he added.

He also said that Important trains are being escorted by RPF or GRP on a random basis.

“Gazetted officers are conducting night checking at stations, yard to supervise alertness and other precautionary measures,” he said.

Interactive sessions have also been organized with coolies, vendors, taxi and auto-rickshaw drivers to brief them to keep watch over suspicious persons and article.

“Frequent announcements through public announcement systems are also being made to create security alertness among the passengers,” he added.