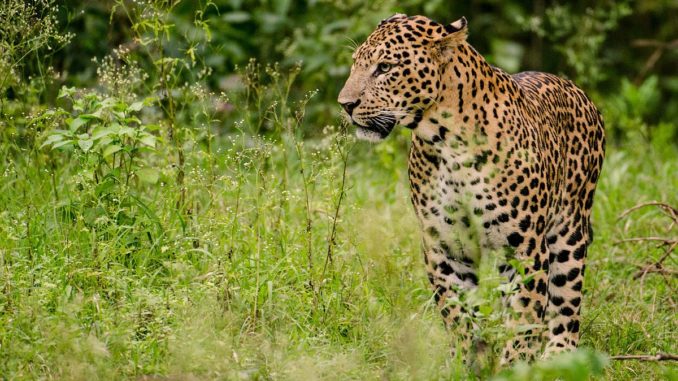 A 40-year-old man was injured on Saturday evening in leopard attack at Sasoni area under Naharkatia police station in upper Assam’s Dibrugarh district.

The person, identified as Surbios Samad, has been admitted to Assam Medical College and Hospital (AMCH).

“Leopard has been creating terror in our Sasoni area and after nightfall they sneaked into the village looking for food. Many a times we have spotted leopard in our locality,” said Soilendra Montry, a local resident of Sasoni.

Recently, four people were injured after a leopard attacked them at Sasoni in Naharkatia.

Two of them bore serious injuries and was taken to AMCH for treatment. Later forest department caged the leopard.

On Thursday, a full grown leopard was caged at Sasoni Tokoibeel area of the district.

Moreover, man-animal conflict has been rising rapidly due to the shrinking of forest covers and as a result the animal sneaked into human habitation in search of food.

“Leopard population in Sasoni area is very high. The leopard sneaked into the human habitation in search of food. The leopards are creating a reign of terror in the area for past several months. We have caged three leopards from Sasoni area and released them at Jeypore forest,” said Naharkatia forest ranger Sarat Chandra Neog.

“We are passing a sleepless night for last several days because leopards are creating terror in our area. The leopards came after sunset and take away our cattle. The people are afraid to go out of their home after dusk,” said a local of Sasoni.