The super specialist neurosurgeon who hails from interior No.2 Bamun Pukhuri Village at Tingkhong  in Dibrugarh district,  has been working day and night in the AMCH with very limited facilities. 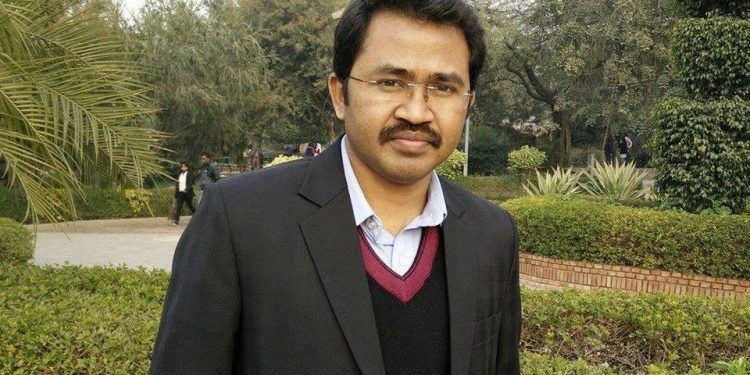 It happens only in Assam. Persistent demands for money from Asom Jatiyatabadi Yuba Chatra Parishad (AJYCP) members have made life miserable for a brilliant neurosurgeon, Dr Dhrubajyoti Kumri, who has been providing yeomen service at Assam Medical College Hospital (AMCH) in Dibrugarh since August 2015. He has preferred to serve at the AMCH  leaving behind lucrative assignments outside state.

The super specialist neurosurgeon who hails from interior No.2 Bamun Pukhuri Village at Tingkhong  in Dibrugarh district,  has been working day and night in the AMCH with very limited facilities sans even a specialist operation theatre. In a Facebookpost

the neurosurgeon has stated that he has come back to the home state to serve the people here responding to the call of his conscience. Hence, he has been working with a monthly remuneration of only Rs 48,000 per month as he has been working in a temporary post as the AMCH is yet to have a full-fledged neurosurgery department though the present government in the state recently approved for procurement of some key equipment for neurosurgery in the AMCH and equipment are expected within a few months.

He has been conducting surgeries mostly at night as the general OT is not free in the day-time. Still, he manages to carry out 20 to 25 major surgeries every month. He has been doing all these without complaint and without caring for his personal comfort.

However, this brilliant neurosurgeon in his Facebook post has mentioned that his life has been made miserable by persistent demands for money from AJYCP whose members did not get satiated even after the doctor had parted with a sum of Rs 12,000 from his monthly salary of only Rs 48,000.

Now, he is wondering whether , it was a wrong decision on his part to come back to Assam to serve the needy brethren without caring for his family and children’s future and comfort. He is wondering whether the AJYCP people are bent upon driving him away from AMCH or if they want him to opt for lucrative private practice.