Assam is united against CAA 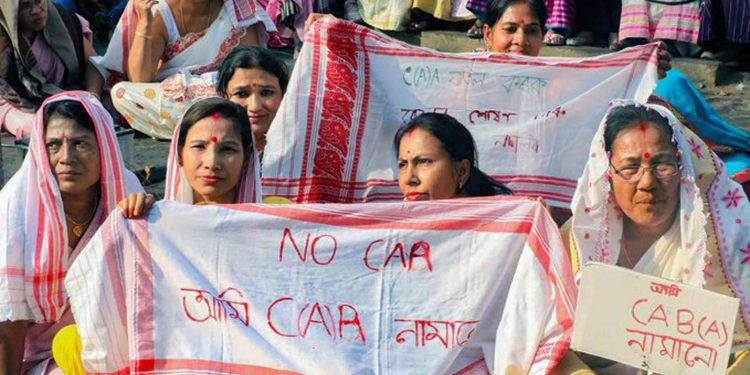 What is happening in India?

The entire country is boiling.

The BJP’s scheme of dividing the people on religious lines has come to the front.

One after another they have come out with divisive programme.

They are testing the patience of the Indian people.

In private the rank and file of BJP are saying that they want to change the character of Indian constitution and make India a Hindu Rastra.

They are trying to implement their thoughts into reality.

They are desperately trying to make India a Pakistan.

To isolate the Muslims in Kashmir they abrogated Article 370 in a hurry.

They arrested all the important political leaders and shut Kashmir for months.

In all their holy acts they need the lapdog media to play the second fiddle.

The docile media do that.

The media didn’t show the real picture of Kashmir.

We came to know from the international media that Kashmiri people were shell-shocked and sad.

When they were demanding more autonomy they lost even what they already had.

Kashmir is frozen and silent now.

Let us see how the people of Kashmir react when the ice melts. 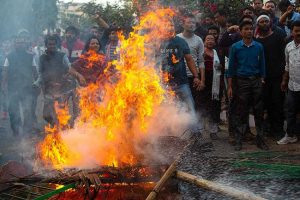 Meanwhile, the rest of India is boiling in anger when the CAB was made CAA.

The protests against the CAA started first in Assam.

On December 11, the day CAB became CAA, people in the entire State came out to the street and protested against it.

Unfortunately some of the protests also turned violent.

India saw the anger of Assam and the Assamese that day.

December 11 will remain a black day in the history of Assam and India.

It will remain a black day because it was a direct attack on the Constitution of India which upholds the pluralistic ethos of India.

It was also an attack on the Assam Accord and on Assamese pride and self-respect.

People of Assam are hurt, angry and agitated.

One can see this from their anger against the BJP governments at the Centre and at the State.

People from all walks of life have come out protesting against this Act. 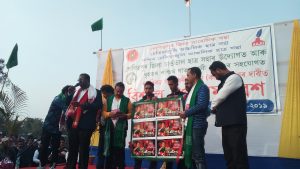 They are saying it all in one voice: “We oppose CAA and shall not accept it.”

Already five youths have died protesting against the Act.

It is sad that the police couldn’t apprehend the miscreants, but killed the innocent youths who were agitating against the CAA peacefully.

The most bizarre thing is the arrest of KMSS leader Akhil Gogoi and other student leaders who spearheaded the movement.

How come they arrest people who are peacefully protesting against this Act?

Police even didn’t spare the journalists.

Like Kashmir here also they closed down the internet connection and for days people were without it facing difficulties transacting their regular activities.

Finally it was restored by the Court.

It seems rulers all over the world don’t learn certain simple things from history.

No one in history had been able to keep the people shut forever. It is not possible.

The more you try to harass and suppress people the more the protest will be louder.

That is what we have been seeing happening in history.

However, we also need to say a few things to the youths and students who are involved in this movement.

From the manner in which the CAB was made CAA and the kind of obstinacy the BJP government has shown so far to the movement against the CAA, we must be sure that this movement is going to be a protracted one.

We must be prepared for a protracted movement.

We have the lessons of two great movements before us: one was the freedom movement and the other was the Assam movement.

The values of freedom movement are simple.

Our movement has to be peaceful, non-violent and inclusive.

We must not be sectarian and partisan.

This movement should include people from all communities living in Assam for centuries.

Gandhiji has proved that the peace is the mightiest weapon against the fiercest of weapons.

So we must move steadfastly and un-waveringly on the path of peace and non-violence.

Recently when the curfew was declared in Guwahati, people have proved their self confidence and resolve by coming out of their homes and breaking it.

This kind of resolve and determination is a must for a protracted movement.

We must understand that though the movement is mainly spearheaded by the ASSU, KMSS, AJYCP and others, this is basically a movement of new generation youths and students.

They are more concerned about their identity and self pride than their allegiance to some organization.

I was pleasantly surprised when the other day I saw students sitting in their examination hall adorning the traditional Assamese gamochas.

They are in the examination hall.

But they haven’t forgotten the movement. This is important.

We have to fight, but we must also carry out our other activities, else we shall be left behind.

What we did in Assam movement we must undo that in the CAA movement.

And finally we must direct our ire against the BJP and unitedly dethrone them in the next Assembly elections.

Otherwise this movement will not be successful.