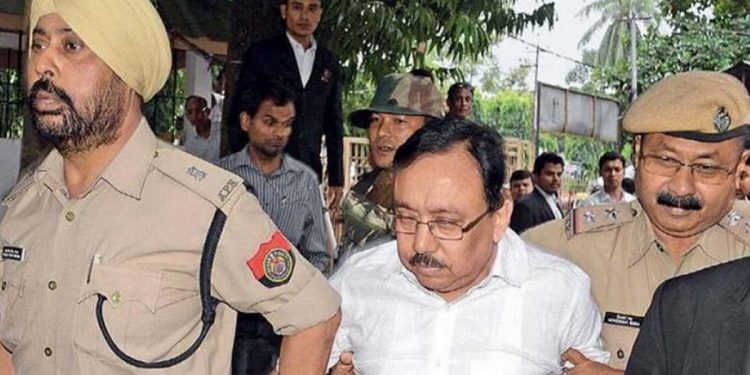 Rakesh Paul has been granted bail in the case registered with the Crime Investigation Department (CID) of the Assam Police in relation with the multi-crore scam.

The Court has directed Paul not to travel out of Kamrup-Metro district without court order, or else his bail will get cancelled.

However, the mastermind of the infamous scam, will continue to languish in the jail as he is yet to get relief in a case registered under the Bhangaghar Police Station in Guwahati.

Earlier in June, a special Court has ordered for framing of charges against former APSC (Assam Public Service Commission) chairman and prime accused in the infamous cash-for-jobs-scam – Rakesh Paul.

The charges were to be framed under Section 420 of the Indian Penal Code (IPC) and section 13(2) of the Prevention of Corruption Act.

While, section 420 of the IPC relates to cheating/fraud, section 13(2) of the Prevention of Corruption Act relates to “public servant committing criminal misconduct”.

The charges will be framed on Rakesh Paul in relation with a case registered by the CID of Assam Police.

The Criminal Investigation Department (CID) of the Assam Police had registered a case against Rakesh Paul in 2016, based on an FIR filed by one Shon Kumar Baishya.

In the FIR, it was alleged that Rakesh Paul, the then chairman of the APSC had taken huge amounts of bribe selection of civil service candidates for the year 2014.

Baishya, in his FIR also alleged that Rakesh Paul demanded a sum of Rs 10 lakh in lieu of a job.

Rakesh Paul was appointed as the chairman of the APSC in the year 2013. Later in 2016, Paul was arrested by the Dibrugarh Police first for his alleged involvement in the infamous APSC cash-for-jobs scam.

Over 70 people, including several then serving civil service officers and police officers, have been arrested since 2016.