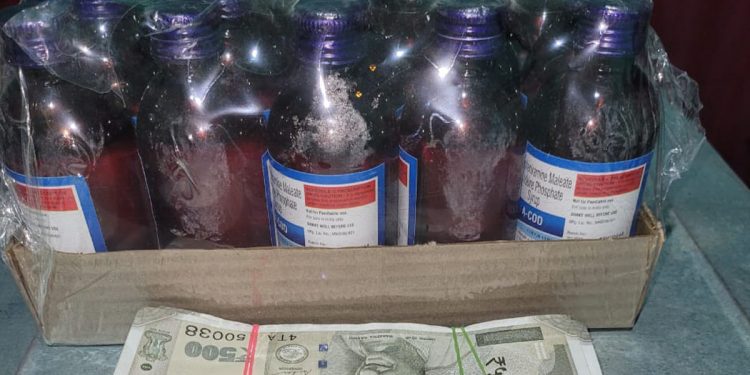 The Assam police has arrested a drug peddler and seized 25 bottles of Codeine cough syrup from his possession at Ghoga area of Mukalmua in Assam’s Nalbari district.

The police conducted a search operation at Ghoga on Saturday night ans recovered the cough syrup.

The drug peddlers has been booked under relevant sections of the Indian Penal Code.

Cash worth Rs 50,000 was also recovered from his possession.

Meanwhile, the police also seized contraband worth Rs 10 lakhs from Dhubri on Saturday.

A drug peddler was also arrested in connection to this.