The operation is carried under the supervision of Akashdeep Baruah, Chief Conservator of Forests in charge of the Lower Assam Zone 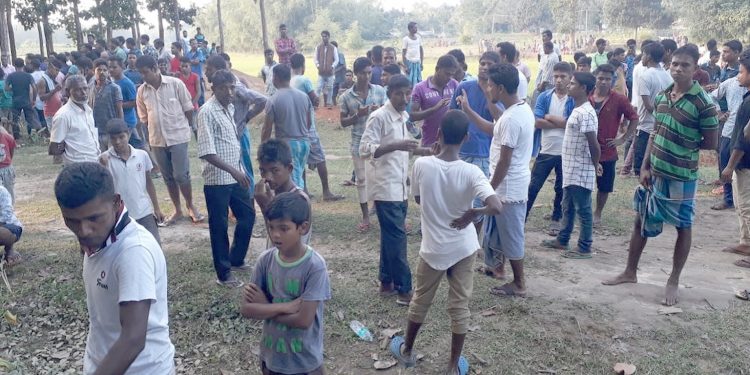 The Assam forest department on Thursday used a drone to locate Laden- the rogue elephant that killed five persons on Tuesday night under Matia revenue circle in Goalpara.

“As the jumbo has been hiding inside the Kankata Reserve under the Rongjuli range forest, we took the help of this advanced technology,” informed a senior forest officer.

The drone was brought in from Kaziranga National Park.

“We have located and identified Laden in the reserve, which is about 15 kilometres from Tuesday’s incident site,” he added.

“The jumbo was visible for once or twice and then it went inside the jungle,” the officer said.

“Presently the elephant is trying to stay near its own herd taking shelter at the same reserve,” he added.

Three forest teams- a central team, a team of district forest officer and the team of Rongjuli range forest officers- are trying to tranquilise the pachyderm.

The operation is carried under the supervision of Akashdeep Baruah, Chief Conservator of Forests in charge of the Lower Assam Zone.

“Tranqulise part is less difficult than bringing the animal out from the dense forest and translocate it,” said a local forest officer.

Residents of Matia villages are passing sleepless nights after fiver persons from the village were trampled to death by the wild jumbo.

“We will be able to sleep peacefully only after the killer jumbo is captured,” said Kohinoor Hussain, a resident of Dolgoma Buduchar under the Matia revenue circle.