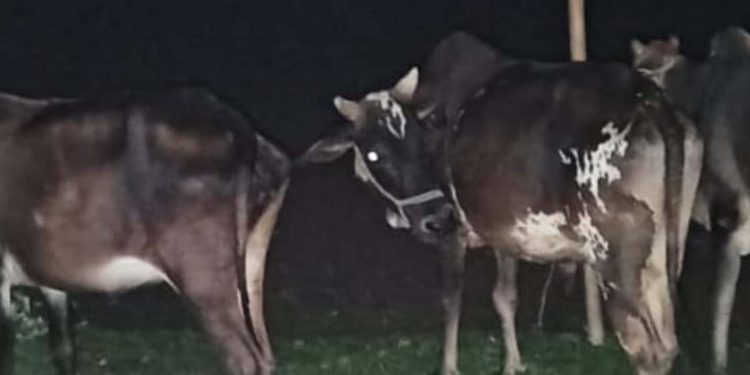 Dhubri Police opened fire in the air in a bid to foil an attempt of cattle smuggling through the river route at Birsing Char village near the Indo-Bangla in Lower Assam’s Dhubri district.

“After long hours of chase in river Brahmputra, at around 10:40 pm on Saturday, one boat carrying cattle was intercepted in the river near Birshing char under Dhubri district,” Sarma said.

The police teams signalled to stop them but the gang of smugglers along with the boat tried to escape from the spot, Sarma claimed.

The police officer alleged that when the police teams chased the boat in river Brahmaputra, the boatman took the boat to the bank of the river and in the meantime, the cattle smugglers suddenly attacked the police personnel with sharp weapons.

“In retaliation, the police personnel had no option but to open fire around six rounds in the air in self-defence. But the gang of cattle smugglers managed to run away from the spot by taking advantage of the darkness,” the police officer said.

“However, there has been no report of any injury so far,” the police official added.

A total of 30 cattle heads were rescued during the operation. The rescued cattle heads have been kept in safe custody, police said.

A case has been registered under the relevant sections of the IPC and a search operation is on for the culprits whop fled from the scene, said police.