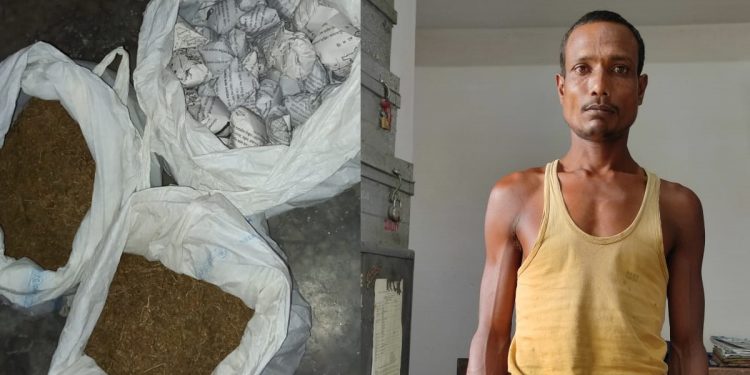 Dhubri Police in a joint operation arrested four drug peddlers and seized 10.5 kg of ganja and 100 numbers of IMFL bottles.

The Dhubri Police carried out the operation on Friday.

The operation was led by Bilasipara sub-divisional police officer Brinchi Bora and he was accompanied by the officer-in-charge of Chapar police station.

In another operation, the Dhubri Police arrested one more ganja peddler, identified as Jamiur Islam, a resident of Mowtari village under Chapar police station of Dhubri district.

The police recovered 3.5 kilograms of ganja from his possession.

Dhubri Police also seized more than 25 cattle heads from the different locations of the district.

The cattle heads have been kept in the government pound for further necessary action.

In a similar drive, a police team led by the in-charge officer of Chagolia police outpost intercepted a vehicle bearing registration No. WB 63B-3443 (Bolero Pickup) on National Highway-31 and rescued three cattle heads.

In this connection, the driver of the Bolero Pickup vehicle, identified as Jahidul Rahman, a resident of Balakuti under Boxirhat police station of Coochbehar of West Bengal, was arrested and further lawful action has been initiated, said police.