Making it a positive day in terms of Assam’s international relations, chief minister of Assam Sarbananda Sonowal on Wednesday held a friendly meeting with Israeli Ambassador to India, Ron Malka with an agenda to strengthen bilateral relations between Assam and Israel for mutual benefits.

At the meeting held at Brahmaputra State Guest House in Guwahati, the duo stressed on to maximize technological solutions in the areas of the Brahmaputra water management, innovations, student exchange, agriculture, flood control etc, as per a press release.

The 30 minutes meeting which was followed by lunch which the chief minister hosted in honour of the ambassador in which the CM also requested Malka to encourage the Israeli Government to set up a consulate office in Guwahati. 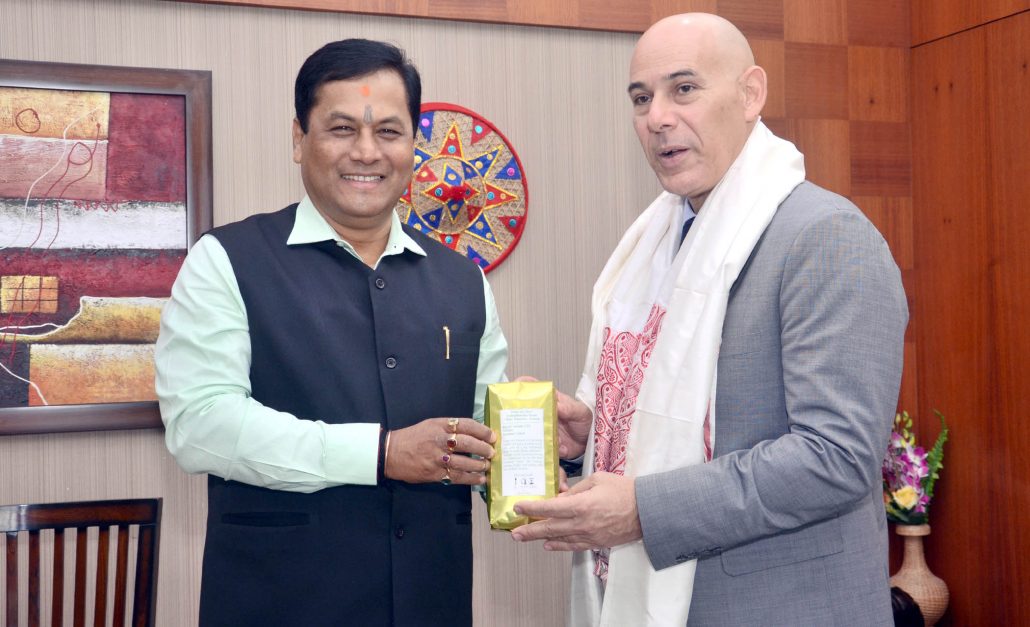 It was also decided in the meeting to work on forming a group of innovators who will be visiting Assam as well as Israel to scale up the skill quotient of the youth of the state.

Dr Ron Malka hailed the state’s tourism potential, more particularly the state’s tea tourism and vowed to work together for the mutual benefits of both the geographical entities.

He also said that both Israel and Assam would hold tour operators’ programme to facilitate tourist exchanges.

Malka also offered his help in furthering Assam-Israel relations in the strategic sectors for betterment of bilateral relations.