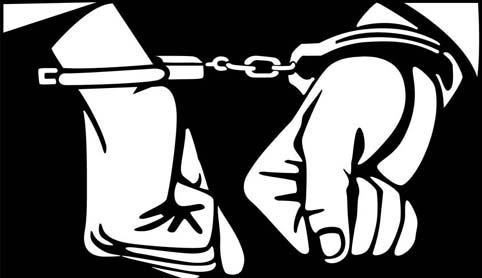 Jorhat police have arrested a leader of the Bharatiya Janata Yuva Morcha, the youth wing of the BJP for allegedly assaulting policemen on duty.

The arrested youth leader of the Bharatiya Janata Party (BJP) has been identified as Gobin Borah, a resident of Dakhin Sabaibandha.

“He was arrested by the police at Jorhat on Monday night for allegedly assaulting policemen on duty,” said sources.

However, he was released on Tuesday.

The officer-in-charge of Jorhat police station, NK Bora, said, “A couple of policemen were sent to Dakhin Sabaibandha in search of a woman who had gone missing from the Macharhat area of the town here on February 16.”

“They had knocked on a house and were asking permission to search it when Gobin Borah appeared and pushed aside the policemen and asked them to go away,” the OC said.

“The policemen then sought backup and the OC himself went with a team and arrested Gobin Borah for obstructing policemen from doing their duty and other offences,” said sources.

The police also seized Gobin Borah’s car from which a bottle of alcohol was reportedly recovered.