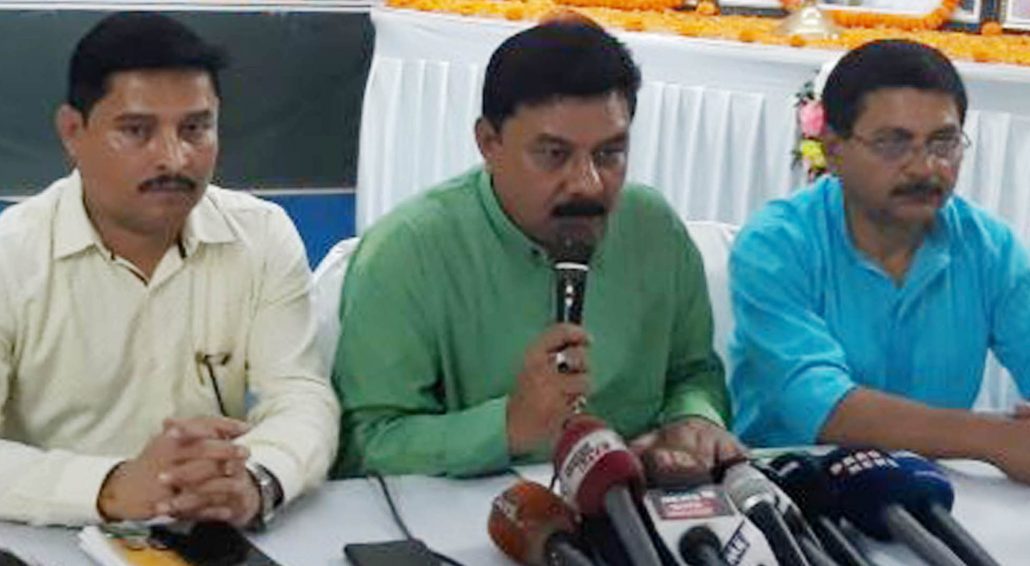 The Assam BJP has cautioned party members not to make any controversial statement on the Citizenship (Amendment) Bill, 2016.

Speaking to reporters in Guwahati on Sunday, state BJP president Ranjeet Kumar Dass warned party members to stay away from making any controversial statement on the bill. He said if any party members found making such comments, the party will take disciplinary action against them.

Dass reaction came close on the heels of making controversial statements by junior Railway Minister Rajen Gohain besides ministers Siddhartha Bhattacharyya and Pijush Hazarika. The State BJP chief also hinted at action against the party workers who have publicly spoken against the bill.

Though the BJP was in favour of the bill, some party members, including Dispur MLA Atul Bora and BJP state executive member Mira Borthakur, had spoken against the proposed legislation.

Dass made the statement after attending a meeting of party office-bearers here on Sunday to discuss the prevailing situation in the state arising out of the bill. He also alleged that certain individuals and organisations are making the people emotional over the Bill in a bid to derail the NRC update.

President Dass claimed there are some forces conspiring to disrupt peace in the state and derail the NRC work by making a baseless claim that “between 1.7 and 1.9 crore Hindu migrants from Bangladesh will get citizenship if the bill was passed”.

Dass, however, refused to name the individuals and organisations.

The Krishak Mukti Sangram Samiti (KMSS) had claimed that the BJP was “bent on giving citizenship to 1.9 crore Hindu Bangladeshis living in Assam” through this bill. “The complete draft of the NRC will be published on June 30 and I appeal to all not to take any step that could delay its publication,” Dass said.

There had been discontent that the committee carried out hearings in the Brahmaputra Valley for only a single day while it was in Barak Valley for two days. “If the committee visits the state again, then I urge the people to submit their views before it without creating a chaotic situation,” Dass said.

He said the party was waiting for the publication of the NRC after which it will hold discussions with different communities on the bill.