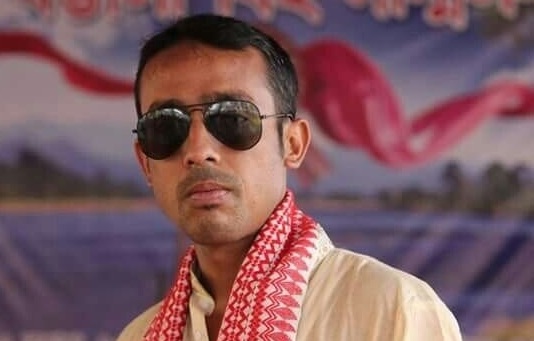 The Gauhati High Court in the bail hearing on Thursday in CID case No 30 of 2019 registered under various offences including waging war against the State etc, has granted him bail, the order copy of which was received on Friday.

Meanwhile, Prabajan Virodhi Manch convenor Upamanyu Hazarika said anticipating his release on bail by the Gauhati High Court, the State Government had moved swiftly on Thursday to prevent his release by booking him under another case – a case registered by the crime branch on similar charges of waging war against the State etc.

On Thursday evening, he was brought to the Panbazaar Police Station, where he was arrested under an old case and produced before the chief judicial magistrate on Friday.

“It was urged before the CJM on behalf of Shrinkhal that the entire arrest is malicious with the sole intent to continue him in custody even though the High Court had granted him bail,” Hazarika said.

Various judgements of the Supreme Court in this connection were brought to the notice of the Court.

The CJM passed an order on Friday evening rejecting his arrest again in the new case.

The magistrate in his order has observed that there was no new material or evidence in the second case justifying his arrest.

Moreover, it was observed that the materials in the old case and the new were one and the same while rejecting the plea of the police.

After receipt of the certified copy of the bail order and bail bonds, Shrinkhal Chaliha should be out of custody by Saturday from Barpeta District Jail.

“The manner in which the Courts have intervened rapidly in granting freedom to Shrinkhal in spite of the entire state machinery working against him re-establishes the faith of the people in our judiciary upholding personal freedom” he said.

Shrinkhal has emerged as one of the biggest leaders in Upper Assam in the on-going anti-CAA agitation.

He has become a political threat to the BJP government and therefore they adopted all nefarious means to keep him in custody, personally overlooked by the chief minister Sarbananda Sonowal and additional DGP G P Singh, one of the key officers believed to be involved in ‘secret killings’.

The court order should be a lesson for the present leadership that they cannot continue to defy the will of the people and respect democratic freedom of protests.

The present Government in its quest to protect foreigners has killed five of its own innocent citizens and it is time that they wake up to the consequences of their misdeeds.