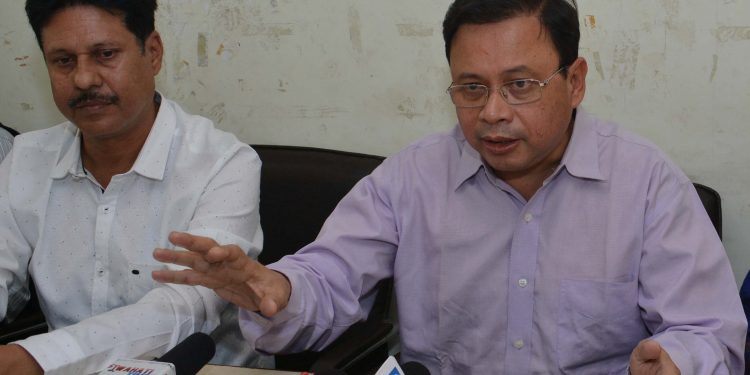 In his letter to Joint chief election commissioner Mohan Lal Sureka, Hazarika said that the returning officer had suspiciously stored unused EVMs of Tezpur Lok Sabha constituency in the vicinity of the EVM storage strong room in Amingaon, without intimation to any of the candidates in Guwahati Lok Sabha constituency.

“On  April 29 according to reports in the press and electronic media that a large number of unused EVMs of No. 9 Tezpur Lok Sabha Constituency were transported in the middle of the night from Tezpur to Guwahati and were unloaded for storing at Himmatsingka workshop. It is disturbing to note that the site chosen for storing the unused EVMs is in close proximity to the strong-room of the Guwahati Lok Sabha Constituency in Amingaon.”

“I wish to bring to your attention that neither the candidates for the Tezpur seat nor those in Gauhati seat were informed about such transfer and that too in the dead of night. This is a serious lapse on the part of the returning officers of Tezpur and Gauhati Lok Sabha constituency,” the letter stated.

He said that the second ground was that on May 17 another communication was issued by the said officer seeking the presence of candidates for opening of the strong room in Amingaon on May 20, three days prior to counting without any reason.

Hazarika alleged that there are two disturbing acts which bespeak of an intent to manipulate EVMs at the behest of the BJP.

“Both of these decisions show that this Officer is acting with a collateral motive to unduly influence the election outcome and I don’t have faith in his ability to conduct the electoral process fairly,” Hazarika further said.

He said that to maintain the sanctity of the electoral process, it is imperative that the returning officer KK Baishya should be forthwith removed and substituted.