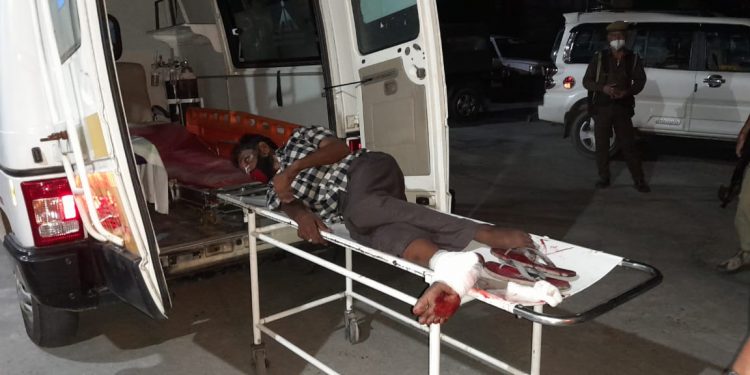 The police have seized 850 kg of ganja from a truck at Srirampur in Assam’s Kokrajhar district.

The police also arrested two drug peddlers in connection to this.

The accused have been identified as Rahamatullah Khan of Karbi Anglong and Ramesh Kumar of Rajasthan.

According to Kokrajhar superintendent of police Prateek Thube, the Ganja weighing around 850 kg was recovered from a truck bearing the registration number NL07AA0430, during a naka checking at Srirampur on Friday evening.

The truck was reportedly on its way from Karbi Anglong and to Hazipur in Uttar Pradesh.

The police had to fire on the accused as they tried to flee from the spot.

They sustained bullet injuries on their legs and were admitted to the Fakhruddin Ali Ahmed Medical College and Hospital in Barpeta.

The market price of the ganja is estimated to be over Rs 85 lakhs.