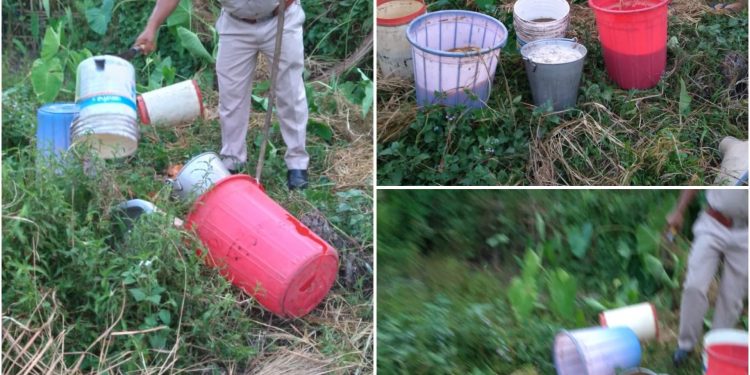 The Assam police has seized 400 litres of country liquor from Ubhota Champora village in Lakhimpur district.

The country liquor was seized during an operation conducted by a police team in the village on Saturday.

The police also destroyed the liquor.

However, no arrests have been made so far.

Meanwhile, the police also seized a huge quantity of illegal country made liquor and several bottles of Indian made foreign liquor from Jorhat recently.

The illegal liquor was seized during a raid conducted by a police team.

Legal action has been initiated against the individuals from whose possession the illegal liquor was seized.

The police also destroyed the several litres of country liquor.

Jorhat Police has seized a huge amount of illicit liqour and destroyed country made liquor in a raid.
Legal action is being initiated.@assampolice@DGPAssamPolice pic.twitter.com/xT4TDWAgRP