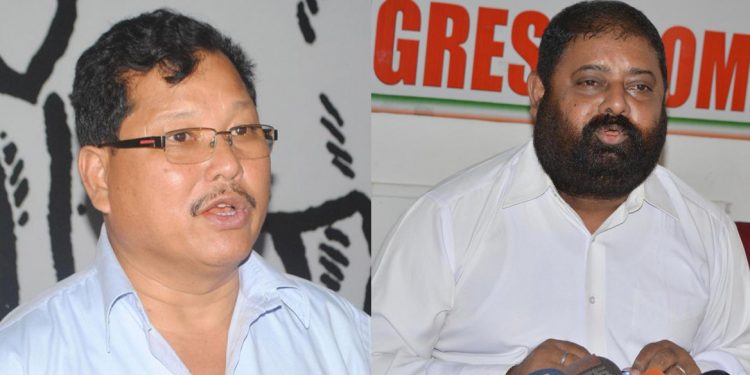 “Neither I nor Durga Das Boro has given the slightest of thought of leaving Congress and join the Asom Gana Parishad,” said Congress spokesperson Apurba Kumar Bhattacharjee while talking to Northeast Now.

He was reacting to the several news reports of Thursday in which it was claimed they along with Jaynath Sarma and a few other Congress leaders would join AGP on Monday.

AGP spokesperson Manoj Saikia on Thursday addressing the media said, “Jaynath Sarma has been in touch with AGP president Atul Bora. He along with a few other Congress leaders including Apurba Bhattacharjee and Durga Das Boro will join AGP on Monday.”

“Reports that have claimed that I will quit Congress to join AGP is politics of the lowest level,” Bhattacharjee further said this correspondent.

“If Saikia has any concrete proof with him that says I will join AGP then he should make it public,” he further added.

“The AGP today has no identity of its own. It is holding someone else’s hand for support. What will I do by joining such a dying party? If I have to join then won’t I join the BJP where there are opportunities for work?” the senior Congressman further said.

Adding further he said, “I can’t say anything surely about Jaynath Sarma. Owing to certain family issues, he might join AGP. But I am not sure of anything as of now.”

Reacting to the news reports, Durga Das Boro said, “This is completely a piece of baseless news and doesn’t have an iota of truth.”

When asked about Jaynath Sarma, Boro said he was unsure regarding Sarma and said, “He and Saikia may have got into some understanding. I don’t know anything about it.”

When Northeast Now called Jaynath Sarma to have his reaction about the news, he did not respond to our phone calls.