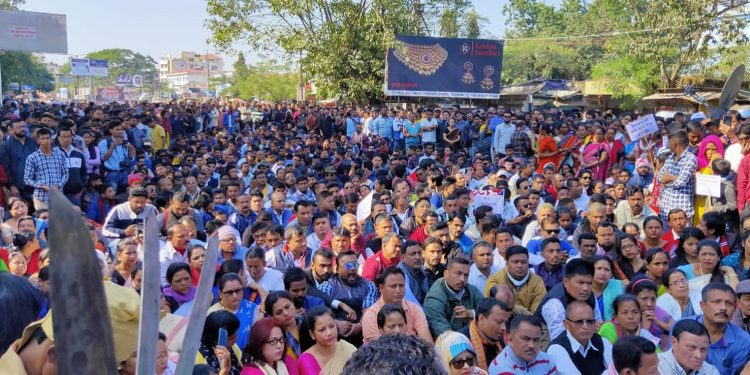 Protesting against the Citizenship (Amendment) Bill, (CAB), 2019, nearly 5000 people hit the streets of Jorhat on Monday and raised slogans against the government.

Some of the protesters even brandished the ‘hengdang‘- the traditional sword of the Ahom community- and gathered in front of Jorhat deputy commissioner’s office.

“Till this contentious bill is not withdrawn, the Congress will continue with its democratic protests,” Tarun Gogoi said while interacting with the media.

“Chief Minister Sarbananda Sonowal, who once had agitated against the illegal migrants- irrespective of their religion- has sold Assam’s land and hopes and aspirations to please PM Narendra Modi and home minister Amit Shah,” Gogoi added.

“He has done this to safeguard the chair of the chief minister,” Gogoi reiterated.