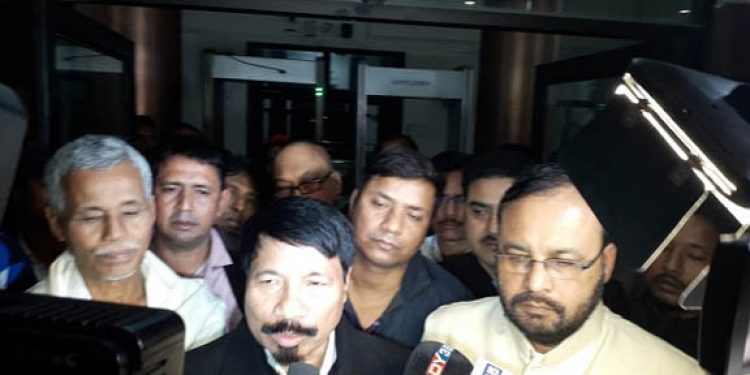 The Asom Gana Parishad (AGP) on Thursday wrote a letter to union home minister Amit Shah demanding that the Centre ensure constitutional safeguards for the indigenous people of the State before bringing in the Citizenship (Amendment) Bill.

This came on the heels of the AGP leadership facing severe criticism across State for its soft stand towards CAB.

Even simmering dissents were evident inside the party with several district units expressing their displeasure with the party leadership.

The three AGP ministers, Atul Bora, Keshab Mahanta and Phani Bhusan Choudhury, in the BJP-led State Government, came under the line of fire for maintaining a ‘safe’ side on the bill.

However, senior partymen were openly speaking against the contentious bill.

Party president Atul Bora on Thursday called an emergency meeting of party leaders and decided to send the letter to Amit Shah.

Mahanta has been vehemently opposing the bill and had earlier blamed Bora for adopting a weak stand.

After the meeting, AGP legislator and Assam water resources minister Keshab Mahanta said their letter sought constitutional safeguards for the indigenous people of the state before bringing in CAB.

Through the letter, the AGP also demanded 100 per cent reservation for indigenous people in government jobs, Assembly and MP seats from the State.

However, party insiders feel the move has come too late while a section of party workers have also called for change in leadership.