Another accused tries to escape from custody of ‘careless’ Assam Police, shot in leg

It has now become a daily affair in Assam, where accused try to escape from the custody of the Police. 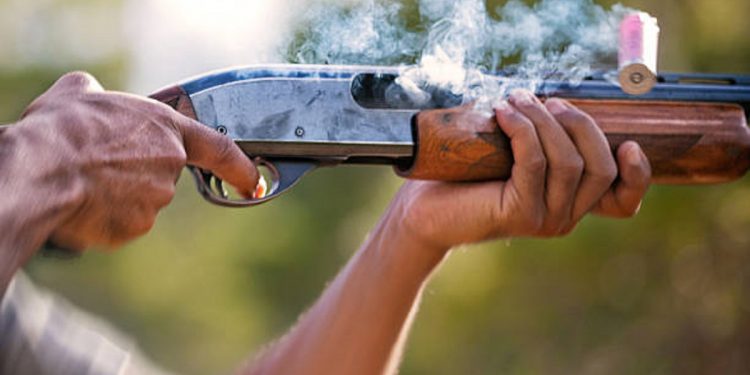 The Assam Police seems to have become very ‘careless’ as far as keeping an accused under its custody is concerned.

It has now become a daily affair in Assam, where accused try to escape from the custody of the Police.

And, Assam Police in its effort to stop the accused, who almost manages to escape, shoots him dead or shoots in his leg.

Yet another incident of accused trying to escape from the custody of ‘careless’ Assam Police and being shot, has come to the fore.

Also read: Assam-Arunachal Pradesh border dispute to be resolved out of Court

In a late-night operation conducted by the Assam Police in the state’s Morigaon district, an alleged drugs smuggler was shot in the leg by the police while he tried to ‘escape’ from custody.

The injured accused, meanwhile, has been admitted to the Gauhati Medical College Hospital (GMCH) for treatment.

Notably, there has been sudden rise in incidents of accused being shot at by police while “trying to escape”.

The Assam Police has drawn a lot of flak for opening fire at accused. Many are questioning the sudden rise in incidents of accused trying to flee and police shooting at them to stop them.

Questions are also being raised on the capabilities of the Assam Police of keeping an accused under its custody.

Also read: Situation tense along Assam-Mizoram border, security beefed up on either side

Meanwhile, the Assam Congress has urged the Governor to institute a judicial inquiry by a sitting judge of High Court into the incidents of police firing at alleged criminals trying to escape as well as militants leaving several dead and injured in the past two months.

In a memorandum to Governor Jagdish Mukhi, Assam Congress president Ripun Bora said the inquiry should ascertain the circumstances leading to the incidents and whether there was any alternate way to capture the accused.