ABSU for implementation of Bodo Accord in time-bound action plan 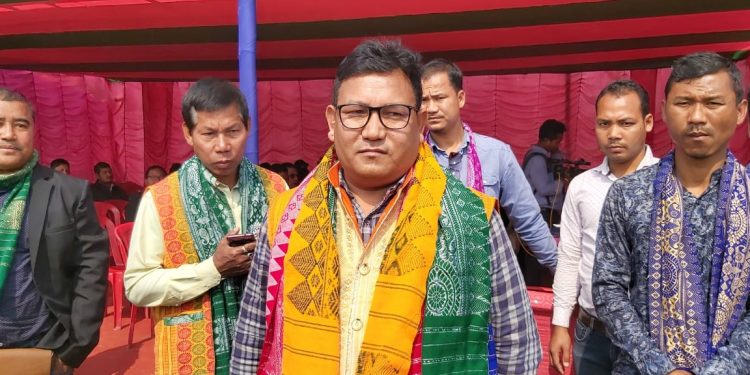 The All Bodo Students Union (ABSU) held its special convention with a two-day prgramme on Wednesday and Thursday.

The convention adopted several resolutions with regard to the Bodo Accord signed with the Central Government, Assam Government, ABSU, UBPO and all factions of NDFB on January 27 last.

The ABSU wholeheartedly conveyed its gratitude to the union government and the State Government for the historic Bodo Peace Accord.

Also read: ABSU to prepare roadmap for implementation of Bodo Accord

It also resolved to appeal to both central and state government to implement every clauses of the Accord as early as possible with time bound action plan.

This it stated will go a long way to develop the Bodos and other communities educationally, socially, economically and politically residing under the Bodoland Territorial Region (BTR) and Boro Kochari Welfare Council in Assam.

It also urged the government to immediately implement the Clause 9.2 of the BTR Accord, where it is clearly mentioned to provide rehabilitation to all the members of the NDFB.

It also urged both the Centre and the State Government for the sake of Bodo Peace Accord to take initiative politically and immediately implement the Clause 9.4, where it is stated to withdraw the criminal cases of all members of NDFB factions, the heinous and non-heinous cases as early as possible through the procedure established by law.

It appealed to the Centre to take up immediate steps to bring home all the members of the NDFB and some civilians from the custody of foreign countries and take initiative to withdraw their cases registered in the foreign lands.

It further resolved to relieve Pramod Boro from the presidentship of the ABSU.

It also inducted one of the vice presidents Dipen Boro as the president of the Union till next conference to be held in January 2021.

Another vice president Romeo P Narzary is also relieved from his charge and along with him Mantu Baro, secretary is also released from the organization.