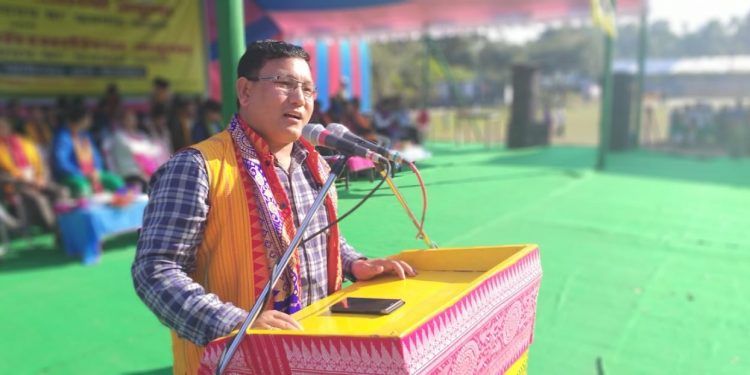 Days after signing of the Bodo Peace Accord, the All Bodo Students’ Union (ABSU) has mulled to float a new political party in Assam.

The new party is likely to contest the BTC polls to be held in April this year.

The final decision on the new political party is likely to be taken in the convention organised by the students’ body on February 12 and 13 at Tamulpur.

ABSU leader Pramod Boro said it would take a call regarding the coming BTR election and formation of the new political party in the Tamulpur convention.

“At present, no decision has been taken over the matter and the same will be decided at the Tamulpur meet,” he said.

Boro also made it clear that the main objective of the Tamulpur convention is to formulate the future road map of the ABSU.

Boro said the ABSU will have to work further for the development of the youth and the education sector of the region.

“Moreover, we need proper implementation of the BTR accord. So the Tamulpur convention will be a very important event for all the Bodo people,” he added.

The student leader pointed out that now all the parties and organisations of the Bodoland need to be united for the greater interest of the Bodo people of Assam.