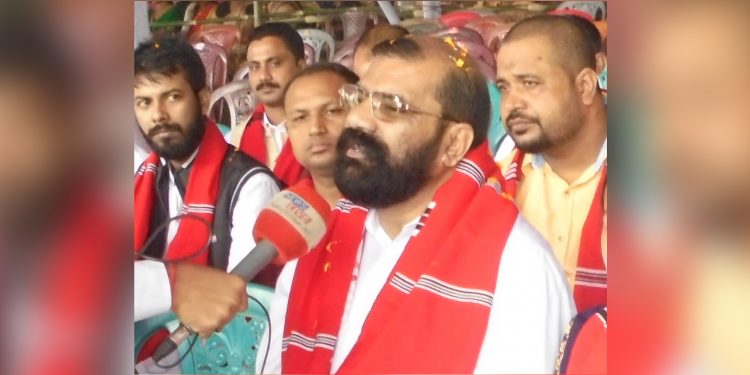 All Assam Students’ Union (AASU) chief advisor Samujjal Bhattacharya said it was high time for indigenous Assamese communities to unite against the divisive forces trying to divide them.

Bhattacharya, who was in Dhemaji for AASU’s general meeting on Thursday, said, “Some forces are trying to divide the Assamese communities on the basis of language, culture and religious identity.”

“This threatens the existence of indigenous Assamese society,” he added.

AASU’s general meeting was organised in Jonai, Dhemaji, and was attended by senior leaders and members of the apex student body.

The AASU adviser warned the “divisive forces” to not create a rift in the Assamese society.

“Forces trying to create a rift in the society should know that the Assamese communities are united to fight against them,” Bhattacharya added.

The AASU advisor appealed all to take a united stand for protecting their collective interests.

“There is no place for communalism in our state. We will never allow the communal forces to segregate indigenous people in terms of ethnic differences”, he reiterated.