Indigenous people must be decision makers in Assam: Samujjal 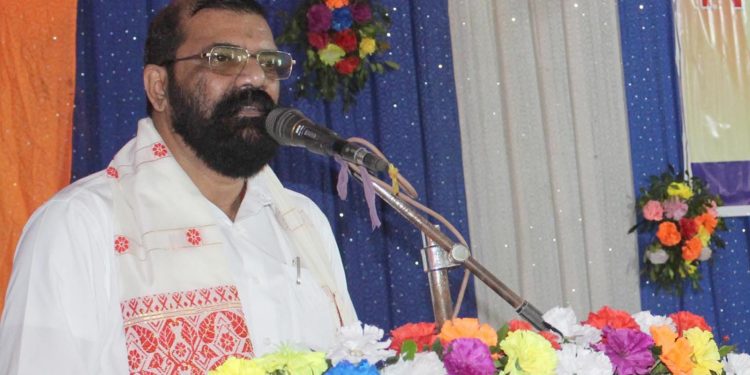 All Assam Students’ Union (AASU) chief adviser Samujjal Bhattacharya on Tuesday said the indigenous people must be the ‘decision makers’ in Assam.

“We must have the control over the state, which is the meeting ground of different religions and cultures,” said Bhattacharjee in Assam’s Goalpara district on Tuesday.

Bhattacharjee was participating in a meritorious students’ felicitation programme arranged by the district AASU unit at Phani Sarma Bhawan of Goalpara town.

While interacting with media persons, he further said the AASU will hold discussions with other 30 indigenous people’s organisations of the state and Asom Sahitya Sabha on August 1 regarding implementation of the Assam accord.

Regarding constitutional safeguard to the indigenous Assamese people, he said, “After 34 years of Assam Accord, the foreigners have not been identified, their names not dropped from the voters’ list and the border has not been sealed.”

He also said, “There is no proper arrangement of economic development. Constitutional safeguard has not been given to the indigenous people and even the Ashok paper mill has not been opened.”

“We want safeguard through reservation – reservation of seats in Assembly, boards and corporations,” he added.

On the other hand, the AASU leader vehemently criticized both the Congress and BJP for their partial attitude towards the flood problem of the state.

On May 5, 2005, in a tripartite meeting, a decision was taken to declare Assam flood as a national problem in presence of then Prime Minister Manmohan Sing. “But they backtracked later,” he said.

“Even Modi prior to the formation of the first government had declared that solid steps would be taken to declare Assam flood as a national problem. But it has not been done,” said the AASU leader.

Bhattacharya said, “We protest the different attitude towards Ganga river and Brahmaputra river.”

He further alleged that Dispur has done injustice to Goalpara district in regard to establishment of higher, vocational and technical education institutes.

“The government should immediately establish medical, engineering and sericulture colleges here. AASU will fight for this,” he added.