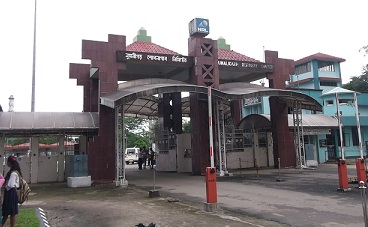 The All Assam Students’ Union, Golaghat district unit has threatened to stage a sit in demonstration in front of Numaligarh Refinery Limited (NRL) in Golaghat district in protest against the Centre’s disinvestment plan in Bharat Petroleum Corporation Limited (BPCL).

In separate memoranda to the Prime Minister and the Assam chief minister, the AASU unit stated that NRL was a subsidiary of BPCL which held a 61.65 per cent stake of NRL.

Allowing disinvestment in BPCL would mean that NRL would become a private company and that this would prevent the development of the economy and amelioration of the condition of the underdeveloped Northeast, the purpose for which the refinery was set up in the first place, the memorandum stated.

Golaghat AASU unit president Niranjan Sonowal and general secretary Prince Doley said the NRL had been the outcome of the six-year long Assam Agitation to oust illegal migrants from the state in which 855 youths had lost their lives and more had lost their livelihood and homes.

The setting up of NRL was one of the conditions stipulated in the Assam Accord in 1985 that had been signed with the Centre and state governments and members of AASU bringing to an end the six year agitation which had been spearheaded by AASU from 1979.

“Valued at Rs 5500 criteria, the best functioning mini Ratna in the country had been functioning since 2001 through 2018-19, and had paid up a revenue of more than Rs 30000 cr to the nation’s and  state’s exchequer, thus contributing to the economic growth of the nation,”  the memorandum read.