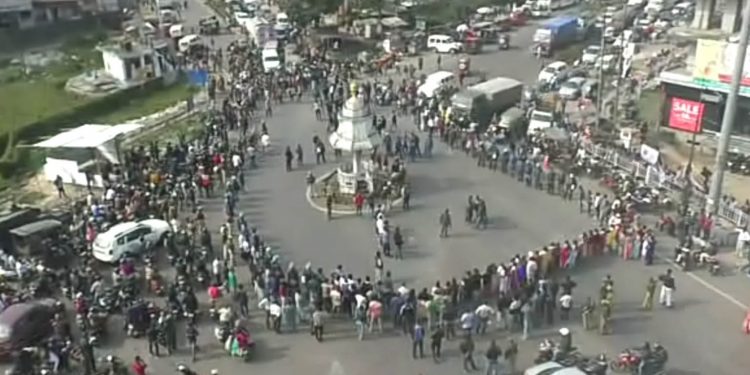 Tezpur unit of All Assam Students’ Union (AASU) on Saturday staged a symbolic protest against CAA by forming a human chain protest Mission Chariali area of the town.

Around 2000 people participated in the protest and blocked the area and shouted slogans against Assam Chief Minister Sarbananda Sonowal, Prime Minister Narendra Modi and BJP.

The protest began at around 12 pm and continued for an hour till 1 pm.

The NH-37 (A) was completely blocked during this one hour and vehicular traffic came to a grinding halt during this period.

“We have our won culture and identity and we will let others destroy it,” he added.