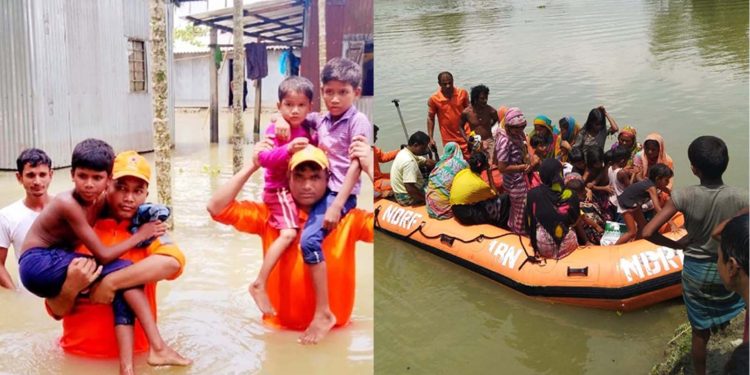 The All Assam Students’ Union (AASU) on Thursday appealed Prime Minister Narendra Modi to declare Assam flood as a national problem and demanded a special package for the state.

“We also demand a special package for the flood-affected state of Assam,” he added.

“The PM can visit other flood-hit states and declare special packages, then why can’t he do the same for Assam?” questioned Bhattacharya.

He was also of the opinion that India should raise the Kurishu dam issue with the Bhutan government.

He also called to scrap every single big dam project in Assam.