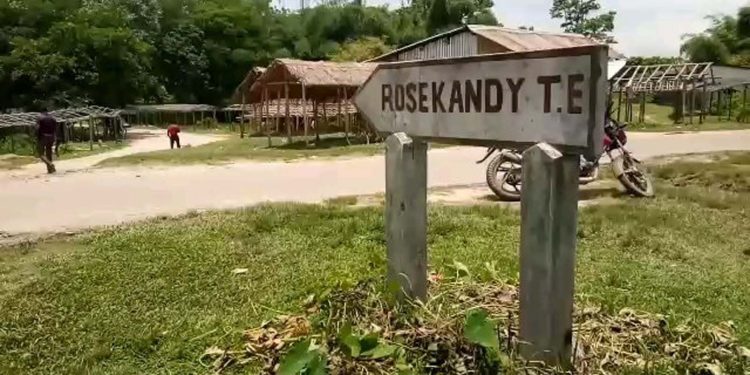 Ten days have passed after the withdrawal of the lockout on August 16 but stalemate continues to hit Rosekandy Tea Estate in Cachar district of Barak Valley.

There has been no production of Rosekandy Tea as the labourers of the tea garden are not ready to resume their work.

The Rosekandy Tea Estate, out of its sole production of 14 lakh kg of fine quality tea per year sells around 8 lakh kg in Barak Valley alone.

This year, the production in the tea garden came down further and is hovering at just over 1.5 lakh kg due to strikes by the garden labourers and ‘lockouts’ by the garden management.

“Durga Puja is round the corner, but it might not be possible to provide puja bonus to the workers of Mechipur, Shahpur and Rosekandy tea garden this time as the production has fallen steeply,” said a tea expert on condition of anonymity.

Speaking to Northeast Now, the general secretary of Barak Cha Sramik Union and former Assam minister Ajit Singh said, “Even on the 11th day after reopening of the tea garden gates, the labourers are reluctant to join work.

“This is badly affecting our tea industry,” said Singh.

He added, “We are sending teams on a regular basis to make the garden labourers understand the need to reopen Rosekandy Tea Estate.”

He informed that there are two groups of protestors.

One group of protestors wants their leader Babul Kumar and his eight other co-supporters be released from jail to resume work.

The other group is adamant on their demand to remove Iswar Bhai Obhedia, the garden general manager-cum-director from the management of the tea garden.

“I have appealed twice to the Cachar Deputy Commissioner, Laya Madduri, to visit Rosekandy and talk to the agitating workers.

“But till date, she has not visited the garden even once. I don’t know, why and for what circumstances, she is not ready to visit,” said Singh.

Singh also said, “We have appealed for the release of Babul Kumar and his cohorts. However, the law will take its own course.”

He also said they are keeping a close watch on the proceedings at Rosekandy.

Rosekandy has around 850 fulltime staff and casual labourers amongst its three garden divisions – Mechiour, Shahpur and Rosekandy – while few thousand others reside inside the garden premises.

As per garden sources, the staff and casual labourers are willing to resume work and earn their daily bread but they have not dared to step out due to fear of being beaten by a section of the people, who reside inside the garden.

A conscious section of people say that if the tea garden labourers don’t resume work, Barak Valley would not see for sure Rosekandy Tea in its grocery stores.